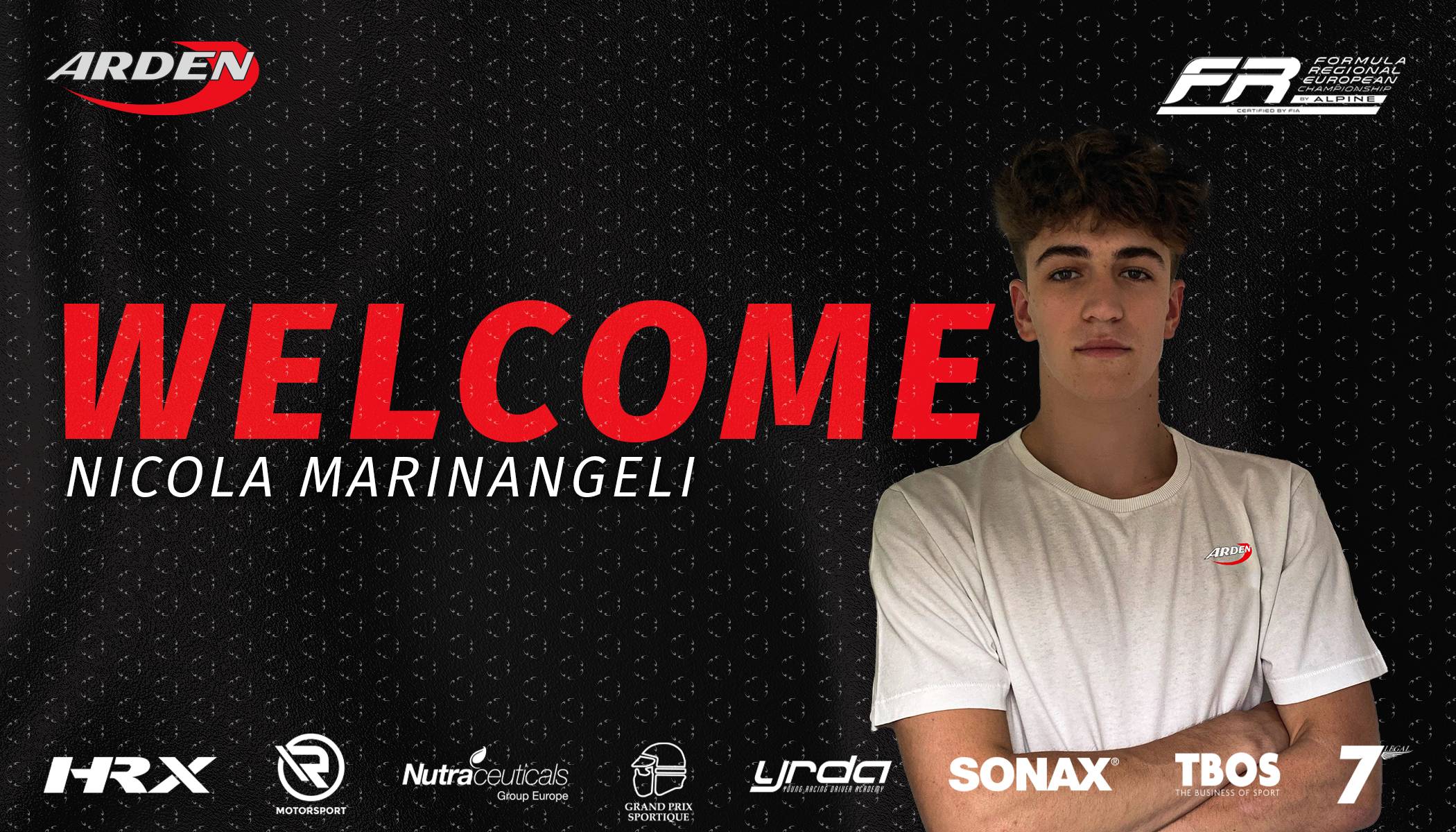 Marinangeli, who contested a handful of rounds in Formula Regional last season alongside his Formula Renault Eurocup campaign, has also previously enjoyed a solid record in both Italian and UAE F4, taking his maiden single seater win and a strong haul of podium finishes in the latter.

More recently, Marinangeli has prepared for the upcoming season by completing the full Asian F3 Championship, racing against drivers from all levels of the FIA single seater pyramid in a bid to start the new calendar year on the front foot.

He joins the already-announced William Alatalo and Alex Quinn at Arden, who will step across to the series this year as it merges with the now-defunct Eurocup.

The calendar, which includes two slots on the Formula 1 support bill at Barcelona and Monaco, also visits a host of the continent’s premier circuits such as Zandvoort, Imola, Nurburgring and Spa, which hosts the season opener on 24-25 April.

“We are pleased to welcome Nicola to the Arden Motorsport team ahead of his 2021 Formula Regional European Championship by Alpine campaign.

“I’m confident he’ll form a great partnership together with our team, William and Alex, and I look forward to monitoring his progress over the season ahead.”

“Everybody at Arden is pleased to welcome Nicola to our Formula Regional European Championship by Alpine team for the 2021 season ahead.

“He’s got a good track record at this level, having gained valuable experience in both Formula Regional and the Eurocup last season, and we’ve been impressed with his speed and race craft to date.

“Together with William and Alex, we should have a strong setup ready to attack the season ahead.”

“I’m delighted to be confirmed as an Arden Motorsport driver for the season ahead.

“Having enjoyed a few outings in the series last season, I’ve been working hard over the winter and now feel prepared to tackle my first full season.

“It’s great to be joining such an established team at this level of the sport, and I’m looking forward to working closely with the engineers, and my team-mates William and Alex, to ensure we extract the most possible from this year.

“It’s a strong move for me and an exciting next step in my career; I can’t wait to get racing at Spa in a couple of months’ time.”