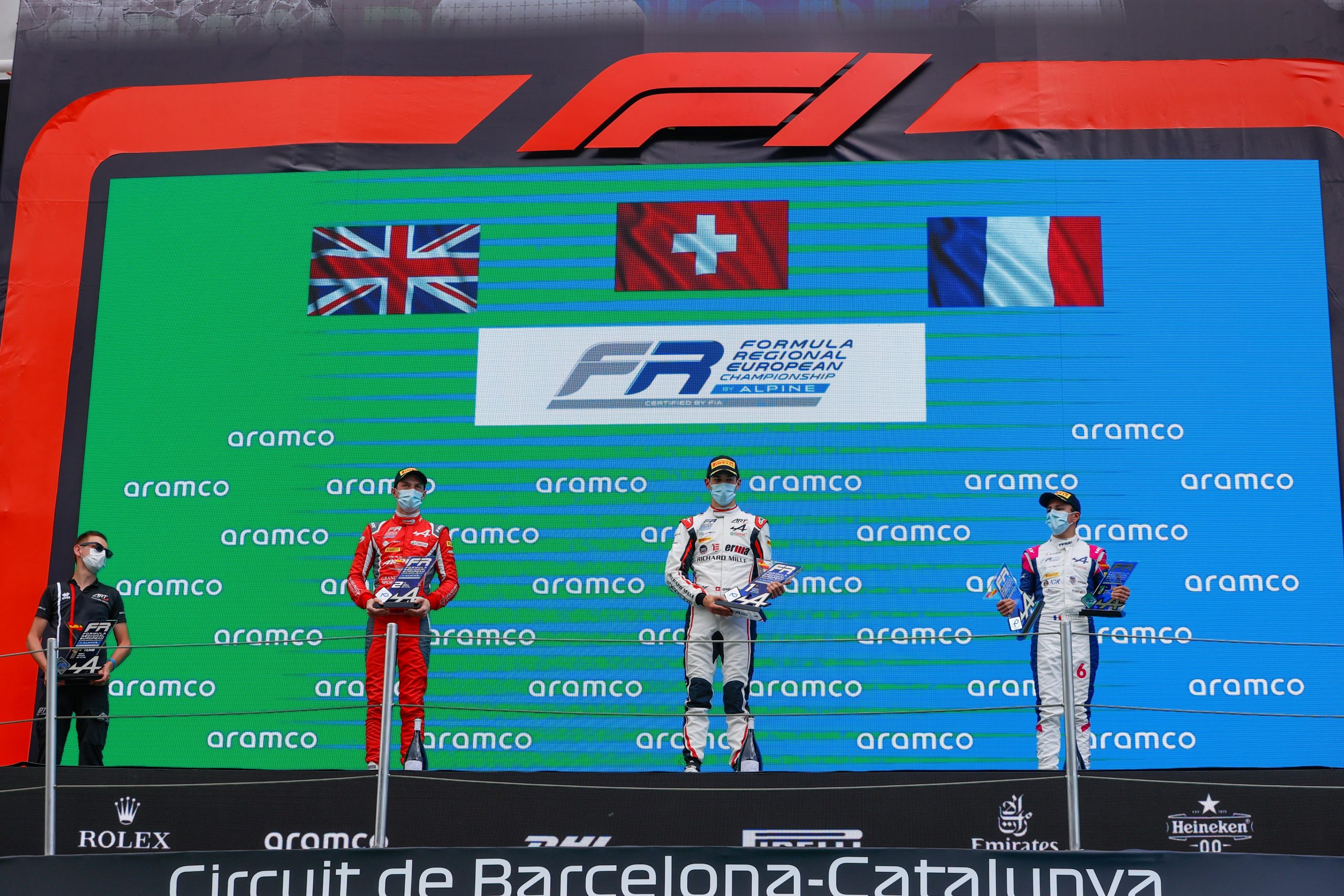 The podium of Race 2 on the Circuit de Barcelona Catalunya has three amazing drivers celebrating, each one of them with a special performance.

Grégoire Saucy has been once more in the lead and has closed the perfect weekend with two pole positions and two wins, and of course the net leadership fo the general standings, with 3 wins and one fifth position after the first four of 20 races of the 2021 season. Behind him a great Alex Quinn, that in Barcelona gains a fourth and a second final standing, which positions him third in the general standings, and showing he is among the potential pretenders to the 2021 title. Third on the podium is the French driver of R-ace GP, the spectacular Isack Hadjar who, after an aggressive Race 1, in Race 2 makes the show, with two amazing overtakes, and the fastest lap time (lap 7 – 1:42.518). 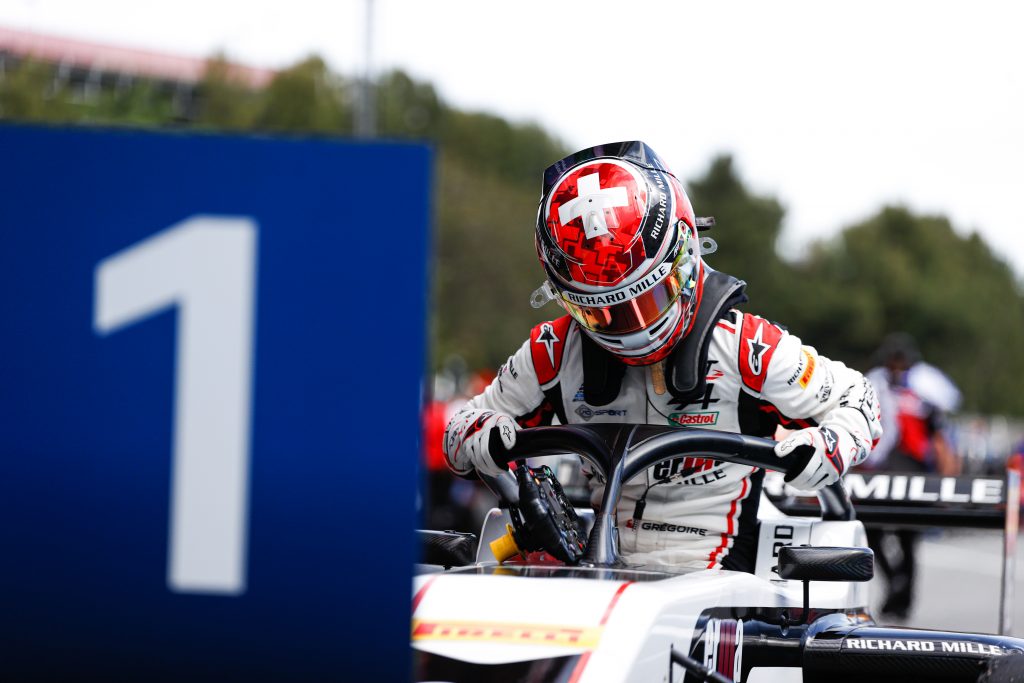 At the start, from pole position, Saucy is a little slow, and an excellent start from Quinn, starting from the dirty side of the track, permits the British driver to come side by side to the Swiss, and also put the “nose” of his car in front, but finally, he has to surrender to a great move from the ART Grand Prix driver, gaining back the first position around the outside of curve 1. 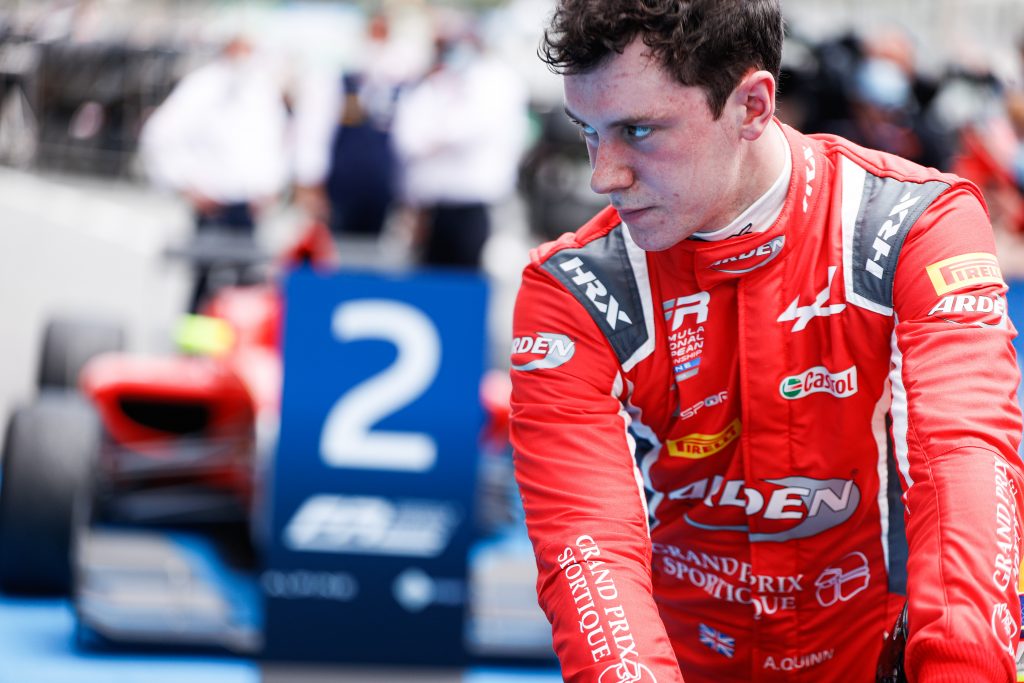 At the start also a good move by Paul Aron (Prema Powerteam) who manages to overtake Gabriele Minì (ART Grand Prix) for third position. Still in the first lap Hadrien David (R-ace GP) and Franco Colapinto (MP Motorsport) come to contact and both drivers are out of the race, also involving an unlucky David Vidales (Prema Powerteam), with the safety car finally entering the track. In the same moments, a contact between Belén Garcia (G4 Racing) and Jasin Ferati (Monolite Racing) ends the race of the Swiss driver, while the Spanish manages to continue but loses many positions. 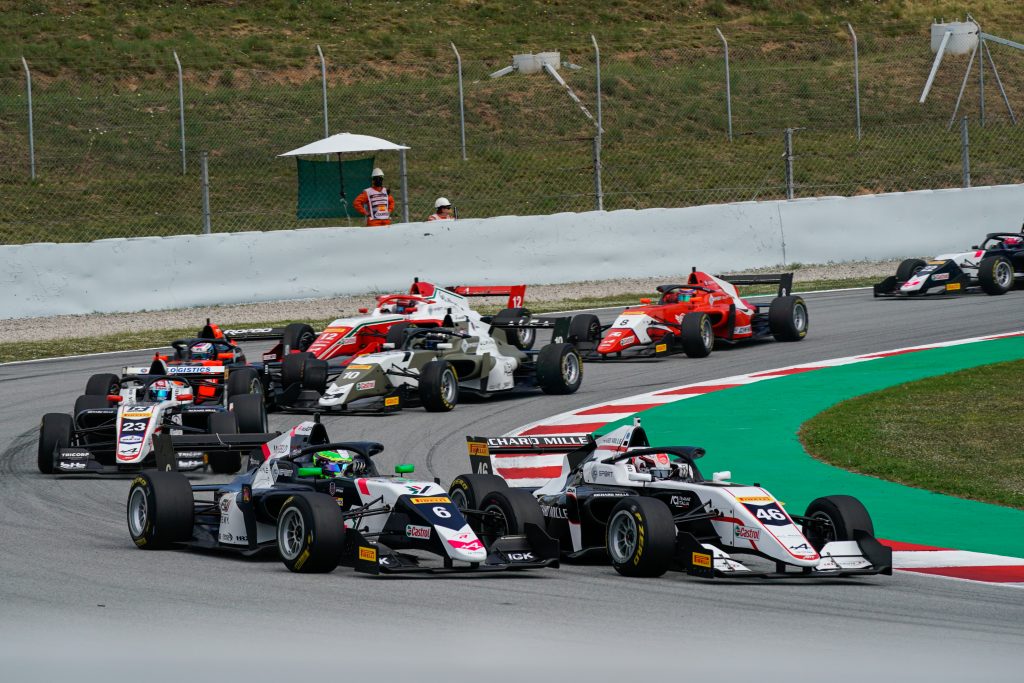 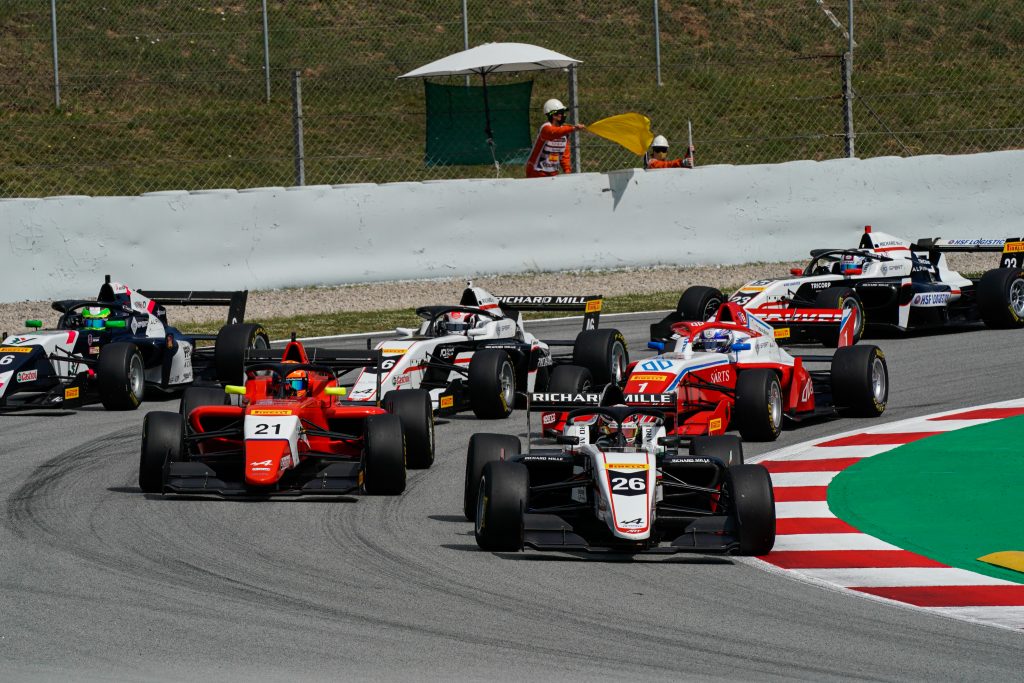 Hadjar show starts, with the French driver setting fast lap times one after the other and attaching Minì, overtaking him on the straight, finding an inexistent passage on the right of the Italian and going with the two right wheels on the grass, but still holding down the accelerator and entering turn one on the inside. Nothing changes for some minutes in the first ten positions, but Hadjar continues to catch up on the driver in third position, Aron, and finally attacks him a few times, almost conquering the position, but having to hold on for another lap. Finally, the Estonian driver makes a mistake due to the pressure imposed by the French. 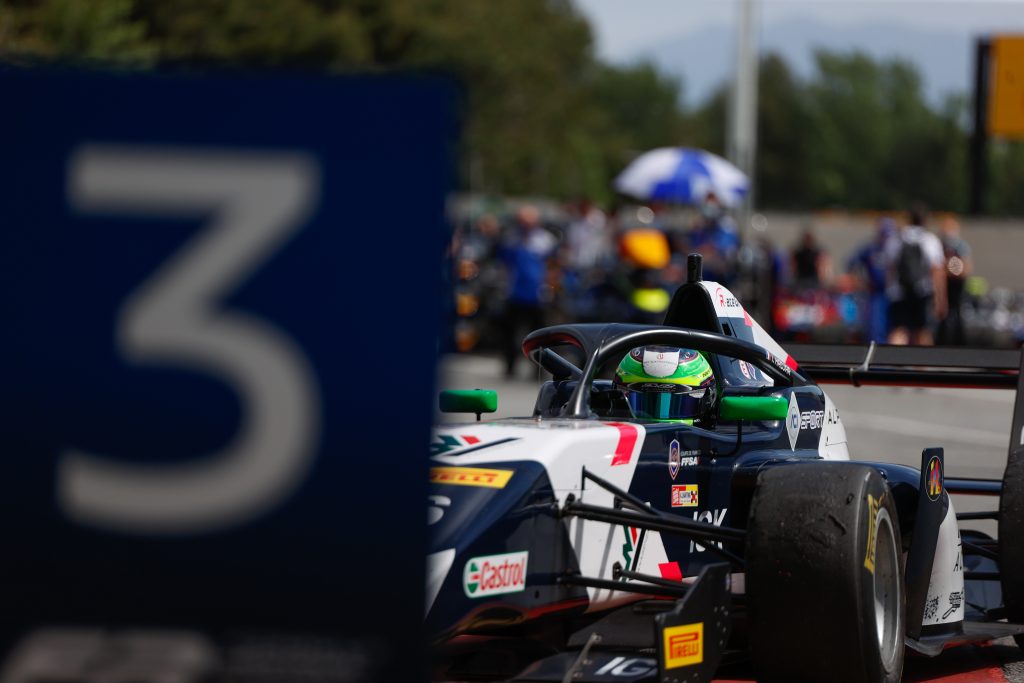 In the first two positions, Quinn keeps the pace with Saucy, but cannot really come close enough (gap of around 1″5). 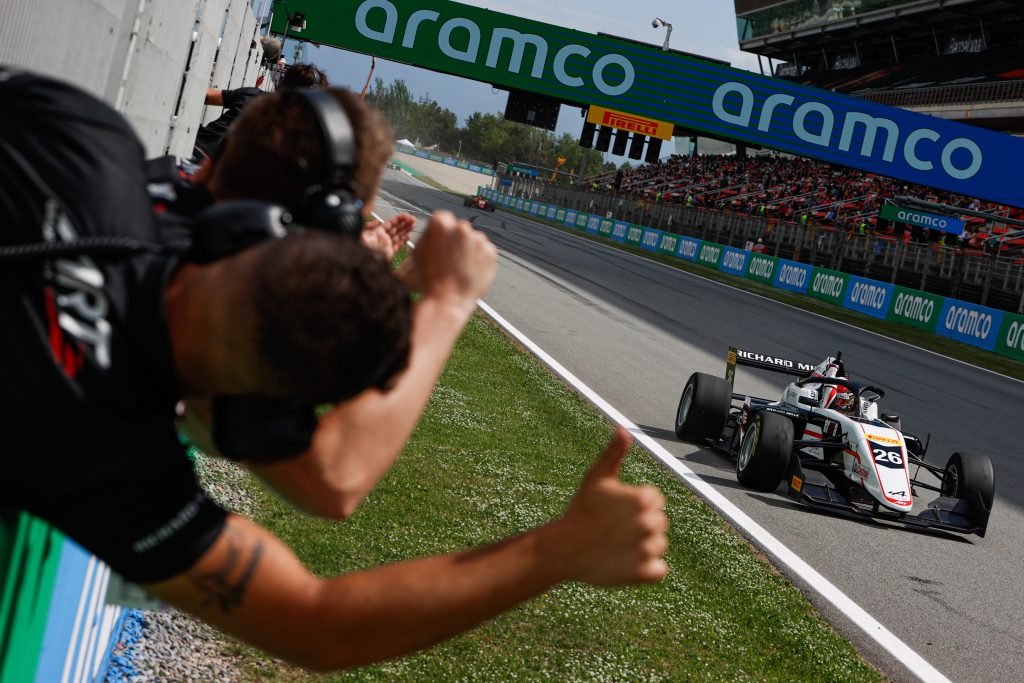