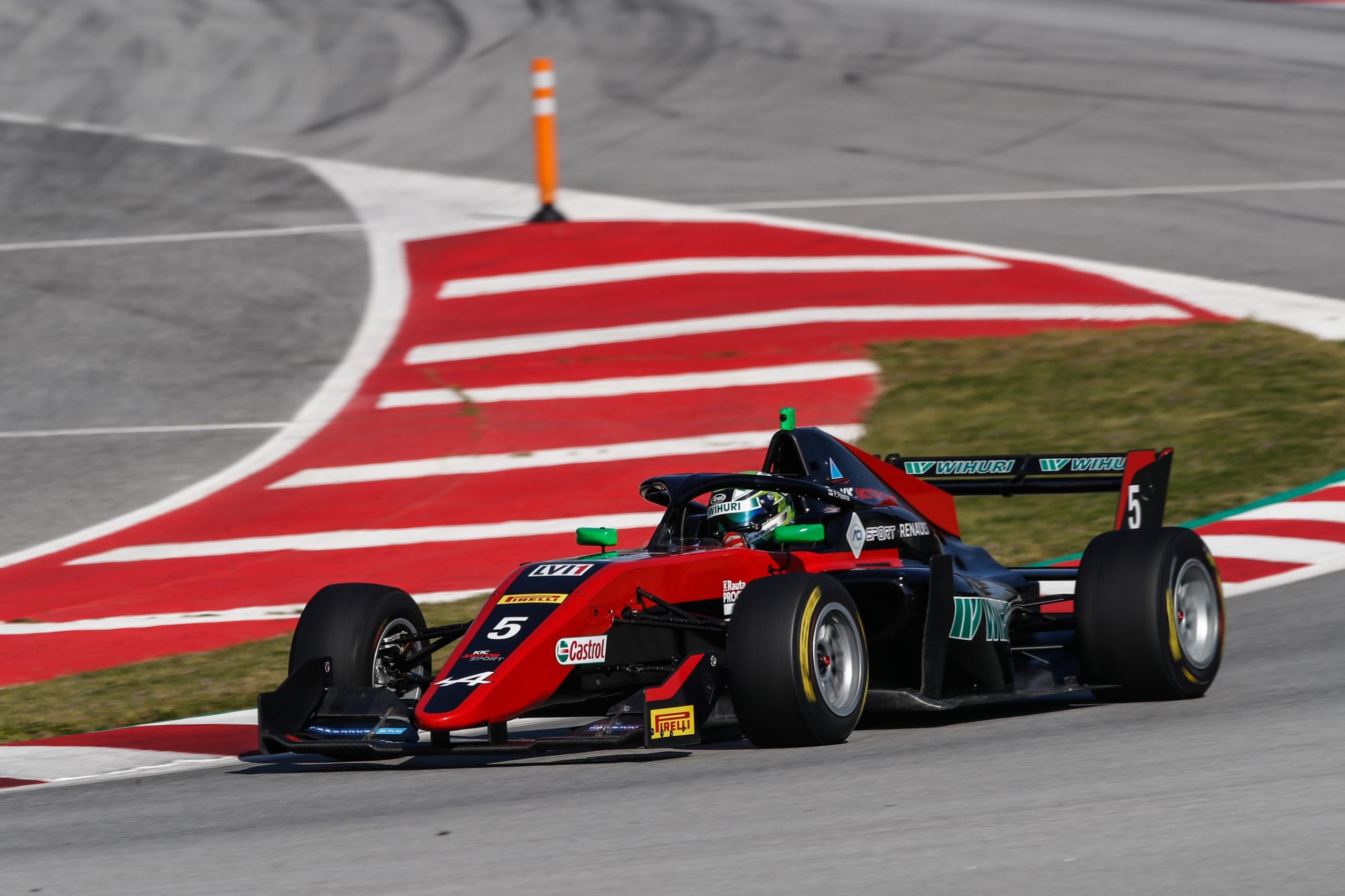 On the first of the two days of testing in the Spanish circuit de Barcelona-Catalunya, among the 32 drivers challenging themselves in the new series, the fastest of the day have been the expert Finn Patrik Pasma (KIC Motorsport) with 1:40.567, followed by the Swiss of ART Grand Prix, Grégoire Saucy (1:40.613), and the British Alex Quin (Arden Motorsport), stopping the clock at 1:40.667.

In the morning it was Paul Aron (Prema Powerteam) to lead the group, but the Estonian driver did not improve his best in the afternoon, ending up anyway with a good fourth overall (1:40.748).

The first among the Rookies, and sixth overall (1:40.930), has been the French Isaac Hadjar (R-ace GP), already extremely fast in Imola, and so confirming his great confidence with the car. In the Rookies category, the second is Gabriele Minì (ART Grand Prix), eighth overall, with 1:41.208, and third Francesco Pizzi (Van Amersfoort Racing), at only 56 thousandths from his compatriot, and 9th overall.

The day has been sunny and dry, with air temperature around 15°C, and track temperature reaching 38°C.

Unfortunately, Léna Bühler’s injury in Imola was finally more important than initially thought, and she is not present in Barcelona for tests, but she will be racing in the first appointment in Imola on the weekend of the 18th of April, when the Formula Regional European Championship by Alpine will be racing in the circus of F1!

The complete standings of this first day of testing can be found HERE.

Tomorrow another day of testing on the Spanish circuit, starting at 9:00 local time, until 13:00 and on track again at 14:00 until 17:00. Live timing to follow in real-time all the drivers’ performances can be seen at https://formularegionaleubyalpine.com/live-timing/.