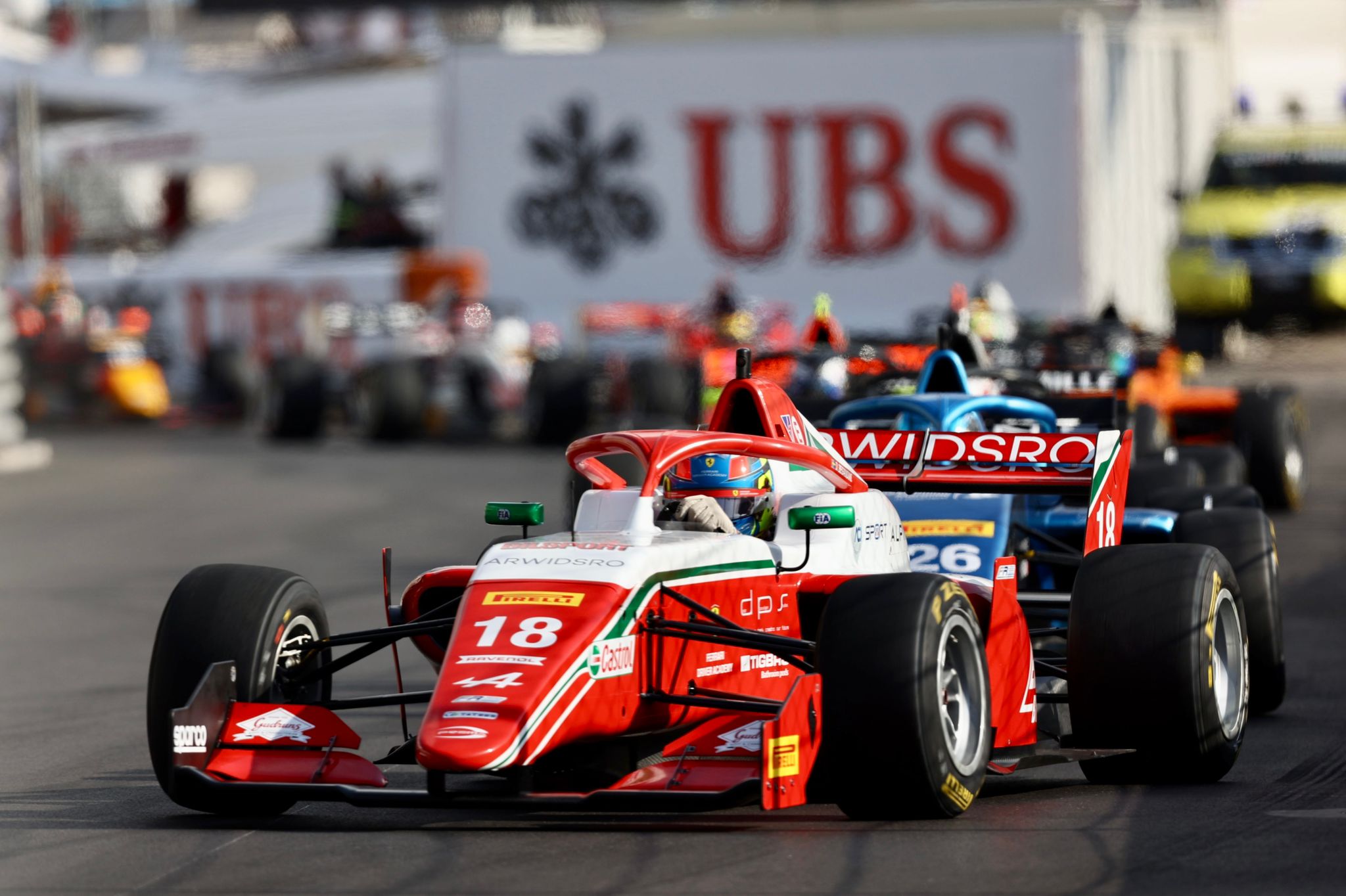 Third win of the season for Dino Beganovic (Prema Racing), who had a perfect weekend in Montecarlo, winning also in Race 2 and consolidating his leadership in the standings of the Formula Regional European Championship by Alpine.

Another outstanding result for Hadrien David (R-ace GP) who won a second place today, after his success on Saturday in Race 1. Third was Gabriele Minì (ART Grand Prix), who returned to the podium after his victory in Imola.

Completing the top 10 were, in order: Laurens Van Hoepen (ART Grand Prix), eighth at the chequered flag and again first among the rookies, Noel Leon (Arden Motorsport) and his team-mate Joshua Durksen.

With the sun shining, at the ready Beganovic held the lead from pole position, while Minì tried to overtake David at Sainte Devote, but had to desist and finished third. The safety car came in immediately for the accidents of Maceo Capietto (Monolite Racing) and Roman Bilinski (Trident Motorsport).

Just two laps of neutralization and the race restarted with Beganovic always in front of everyone, building up a more-than-five-second-and-a-half advantage over David thanks to some fast laps. David, in turn, was chased by Minì. Fourth, not much further back, was Haverkort, and Bortoleto completed the top-5.

With ten minutes to go, David managed to build up a slight advantage over Minì and set the fastest lap on a couple of occasions, significantly reducing the gap with Beganovic. Meanwhile, Haverkort pulled back into Minì’s slipstream, who managed to control the Dutchman by re-establishing the distance in the last two laps.

At the finish Beganovic was confirmed first, with David finishing with a gap of 2″106.

“Winning in Monaco is the fulfilment of a dream I have had since I was a child,” Beganovic said. “Today came another good result after yesterday’s second place, which brings important points for the championship. I am very happy; the team did an excellent job over the course of this weekend.”

“I made a good start and managed to stay close to Dino in the first turn,” said David, “but then the gap increased. In the second part of the race, I tried to get close again and also kept a good pace. It was still a good weekend with a win and a second place. Now we are already looking forward to the next race at Paul Ricard, which is my home race, where I also won last year. I will do my best to do well again this year.”

“A podium in Monaco is always special,” Minì said. “We did not have our best pace, but I managed to stay close to David. On this track, qualifying is decisive for aspiring to victory. Today we still managed to get a good third place and other important points.”

The European series will be back on track next weekend (3-5 June) at Paul Ricard, where the fourth of the ten double rounds of the season will take place.