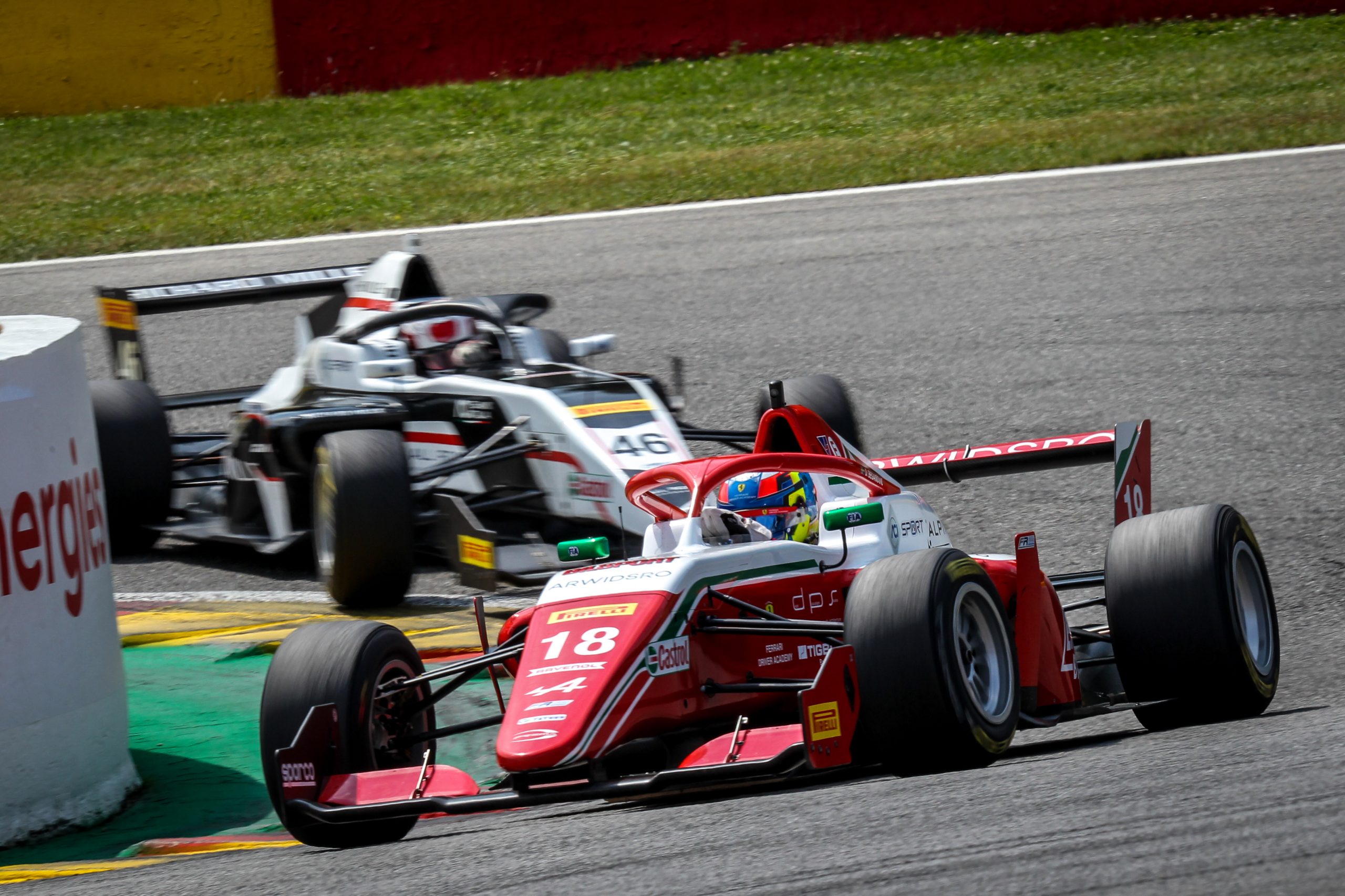 The Formula Regional European Championship by Alpine was back in action today on over-7-km iconic circuit of Spa Francorchamps, where the seventh of the ten double races scheduled on the 2022 calendar took place.

Putting everyone behind at the end a race full of excitement and twists and turns was Dino Beganovic, who managed to stay in the lead until the end after starting from pole, and thus taking his fourth win of the season which allows him to consolidate his leadership in the series.

Behind the Prema Racing driver came Gabriele Minì (ART Grand Prix), on the second step of the podium, who plays the role of the Swedish driver’s antagonist in the title race. The Italian driver, author of a good start in which he tried to take the lead, stayed behind the leader until the final stages of the race, when he had to stop following a puncture. Yet another twist a few minutes later, with the stop of Victor Bernier‘s (FA Racing) car that led to the red flag, bringing the Sicilian driver back on the podium.

A good performance made by Frenchman Sami Meguetounif, who took third place and the lead among rookies at the wheel of an MP Motorsport car, an important result that allowed him to celebrate his best performance in the championship.

An encouraging fourth place also came for Eduardo Barrichello (Arden Motorsport), who drove a flawless race that allowed him to finish close to the podium after starting seventh on the grid. Paul Aron, after battling for the leading positions, ended the race in fifth position ahead of Lorenzo Fluxa (R-ace GP). The Spaniard in turn managed to put Leonardo Fornaroli (Trident Motorsport) behind him, with whom he started a fierce duel for the top 5, in which Kas Haverkort (Van Amersfoort Racing), eighth, also participated.

The top 10 was completed by the German driver Tim Tramnitz (Trident Motorsport) and Owen Tangavelou (RPM), who continued in the positive wake of Hungary where he scored his first points.

Joshua Dufek (Van Amersfoort Racing) also performed well, ahead of Roman Bilinski (Trident Motorsport), Santiago Ramos (KIC Motorsport) and Mari Boya (MP Motorsport). A special mention to Gabriel Bortoleto (R-ace GP), who finished 15th after having started from the back of the grid, following the replacement of his car’s engine, thanks to an impressive comeback. Same fate for his team-mate Hadrien David, who finished 17th.

The European series will be back in action tomorrow for the second race scheduled at 11.40, which will see Paul Aron starting from the pole after having signed his fourth pole position of the season yesterday.