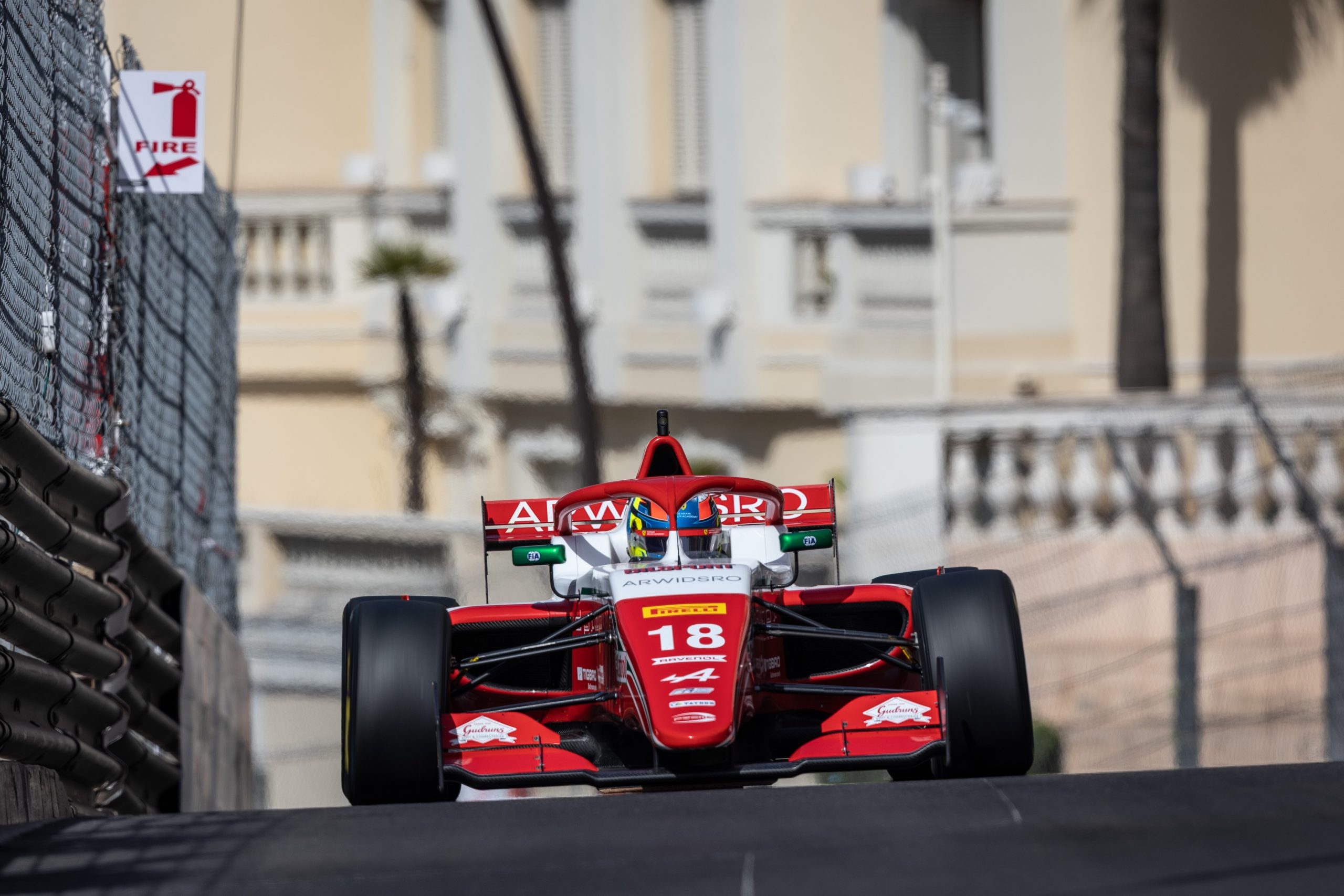 The Formula Regional European Championship by Alpine has reignited its engines in the fascinating setting of Monaco, which today hosted the qualifying of the European series, now in its third round of the season in conjunction with the prestigious Formula 1 Grand Prix.

The series leader, Dino Beganovic (Prema Racing), scored the best time of the day and set his second pole position of the season after the one obtained at Monza.

A qualifying that provided entertainment and excitement, with the first twist ten minutes after the start, when Paul Aron (Prema Racing), one of the drivers expected to be main players, stopped with a damaged front left tyre, causing a short virtual safety car. The session was over for him, while Hadrien David (R-ace GP) set the best time of 1:33.979.

The first one to drop below 1m 33s was then Michael Belov (MP Motorsport), with 1:32.607. David immediately responded with 1:31.610, improving further with 1:31.552. Then came Kas Haverkort‘s (Van Amersfoort Racing) 1:31.042. Pietro Delli Guanti (RPM) caused some thrills, making a mistake and jumping on a kerb, but managing to control the car in the end.

With eight minutes to go before the end of the Group A session, David set 1:30.475 and took the lead. He kept pushing until the second virtual safety car due to Santiago Ramos (KIC Motorsport) spinning around and stopping against the barriers. With a little less than five minutes to go the green flag came out again and David was the fastest with 1:30.293. But Belov then set a time of 1:30.018 and moved ahead of everyone, with David second for only 15 thousandths. With 5 minutes to go, Haverkort stepped in between the two rivals, dropping under 1m 30s. But the last sprint was again David’s, who took the lead of the group with 1:29.802, which guaranteed him the start from the first position of the grid for Race 1.

In the second group, Dino Beganovic and Gabriele Minì (ART Grand Prix) immediately started to battle for the first position, while in the first few minutes Keith Donegan (RPM) caused a yellow flag to be raised after running off the track at Sainte Devote.

Sebastian Montoya (Prema Racing) also did well, finishing second 50 thousandths behind Beganovic. Then Gabriel Bortoleto (R-ace GP) improved with 1:30.870, after having been overtaken straight away by both Beganovic and Minì, who jumped to the lead with 1:30.221.

With seven minutes to go the Italian improved again, stopping the clock at 1:30.110. But it was his teammate Mari Boya who did even better right after, jumping to the lead with 1:30.025. Only six thousandths behind was Leonardo Fornaroli (Trident Motorsport), followed by Eduardo Barrichello (Arden Motorsport). But Minì responded again with 1:30.006, taking the lead one again. With 4.55s to go the red flag was shown for the exit of Cenyu Han (Monolite Racing).

At the restart Beganovic took the lead with 1:29.997, with Minì and Bortoleto nine and 12 thousandths behind. Then Beganovic set 1:29.459, with Minì second being three tenths behind. At the end, Bortoleto was third.

“Pole position in Monaco is special” Beganovic said. “We put in an excellent performance that will allow us to start ahead of everyone in Sunday’s race. The team did an excellent job that allowed me to be competitive in a very hard-fought session. This is a great start to the season where we are also leading the overall standings.”

“Last year I lost the pole position on the last lap, and I did everything I could to redeem myself,” David said “This time I managed to be the fastest of my group at the very last minute thanks to a perfect car and despite the heat. Tomorrow it will be great to start at the front in the first round.“

The first race of the weekend is scheduled at 11.40 a.m. over a distance of 30 minutes plus one lap to complete. The race will be livestreamed on the series’ YouTube and Facebook channels.