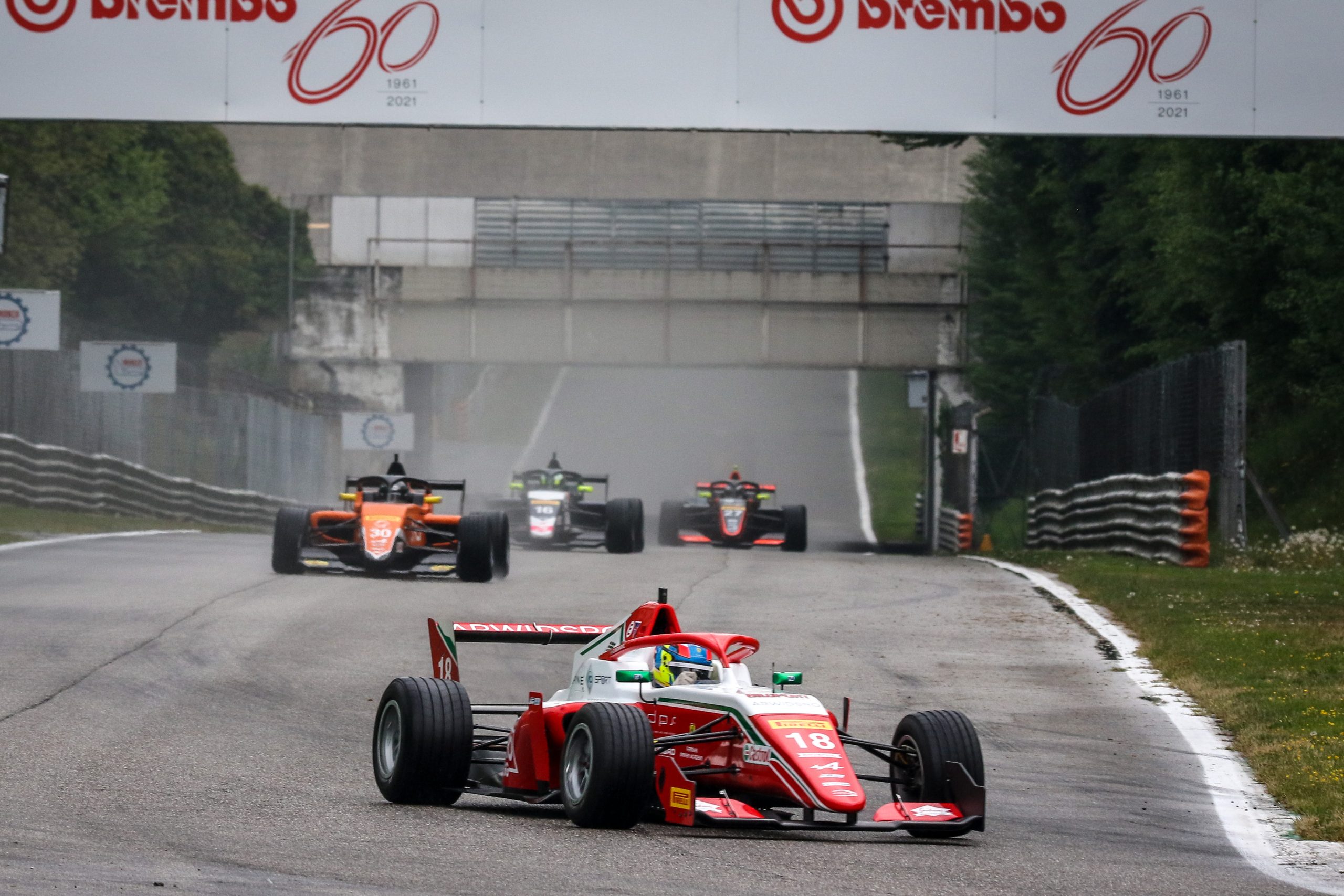 Formula Regional European Championship by Alpine heads to Imola next weekend (6-8 May) for the second instalment of what is already shaping up to be a year to remember.

The Monza season-opening weekend saw Prema Racing duo Dino Beganovic and Paul Aron taking the top step of the podium respectively in race one and two. Beganovic also started his 2022 campaign with the pole position, finishing second in the Sunday’s race behind his teammate Aron to consolidate the points lead.

The 18-year-old Swede has now a 15-point margin over the second placed Michael Belov. The MP Motorsport racer claimed a second and fifth position that were enough to edge over Aron by just three points. On his part, the Estonian took a flawless lights-to-flag win in the second race.

Kas Haverkort (Van Amersfoort Racing) follows on fourth in the standings ahead of R-ace GP drivers Hadrien David and Lorenzo Fluxa. The Spaniard in Monza shared the third step of the podium with Gabriele Minì. ART Grand Prix‘s Italian driver and Fluxa come to Imola on equal points for sixth place in the standings.

Even more impressive at Monza a couple of weeks ago was MP Motorsport’s Sami Meguetounif, who secured two podium finishes in the Rookie class as he finished second in the first race followed by Leonardo Fornaroli (Trident Motorsport). In race two the 17-year-old Frenchman claimed the third position behind his compatriot Maceo Capietto (Monolite Racing).

Meanwhile David topped the Wednesday pre-collective tests. In the morning session Minì (ART Grand Prix) set the fastest laptime of 1:39.591s ahead his teammates Boya and Laurens Van Hoepen, respectively second and third. The Dutchman was the first of the Rookies in front of Trident’s duo Tim Tramnitz and Fornaroli. Eventually David improved the best time in the afternoon in 1:39.288s. Capietto emerged as the second in 1:39.655 to lead among the Rookies. Beganovic, Minì and Montoya rounded out the top 5.

As usual collective tests will kick-off the weekend on Friday. Qualifying on day one of the race meeting is set to get underway at 11:35 on Saturday, 7th May, with the first of two 30-minute plus one lap races following at 18:05. On Sunday, 8th May, qualifying two will commence at 09:00. The second race will start at 15:20. Race one and two will be streamed live on the Formula Regional European Championship by Alpine Facebook page and official YouTube channel.