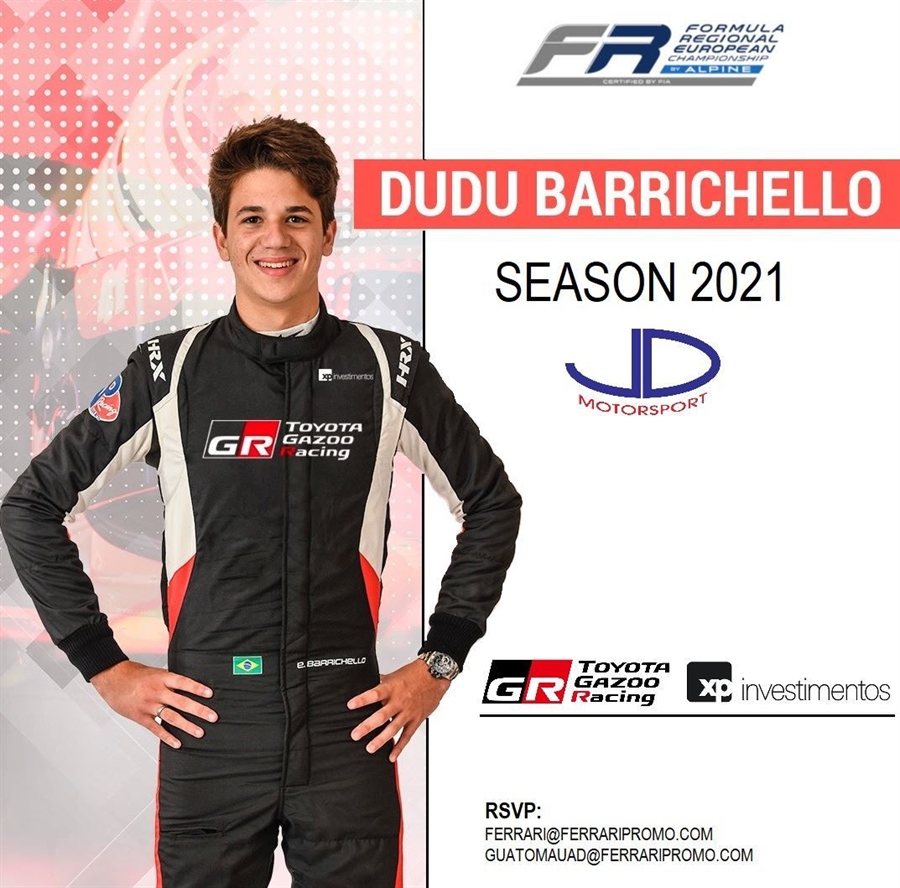 JD Motorsport is delighted to announce that Eduardo Barrichello will drive for the team in the 2021 Formula Regional European by Alpine championship. The 19-year-old Brazilian, son of former Formula 1 racer Rubens Barrichello, is coming from a positive 2020 season, having claimed three wins, nine podiums and three pole positions en-route to second place in last year’s USF2000 Championship

Barrichello started his auto racing career in 2018, entering the F4 USA Championship. In 2019, he graduated to USF2000 competition with an 11th place before making a major breakthrough in the following season.

By joining forces with Italian squad JD Motorsport, led by Roberto Cavallari and Alfredo Cappelletti, he will now make his first foray in European single-seaters.

The series will be off to an early start with a collective test session scheduled for March 25th and 26th at Barcelona. Two more sessions will ensue at Circuit Paul Ricard in France (March 30th and 31st) and on Italian soil at Imola (April 7th and 8th).

The championship will feature ten rounds with the opening act set for April 22nd at Spa-Francorchamps. Teams and drivers will then move to Barcelona and Montecarlo, running as a supporting act to the Formula 1 World Championship, while more rounds will follow at Paul Ricard, Zandvoort, Imola, Nürburgring, Spielberg and Mugello. Monza will then host the season finale on the 31st of October.

Eduardo Barrichello
“I am delighted for the agreement reached with JD Motorsports, and I cannot wait to start my European career with the team. This is set to be a really interesting season, and I am really looking forward to racing on so many venues that made motorsports history.”

Roberto Cavallari – Team Principal
“We are very happy for the agreement reached with Eduardo. Watching him in the USF2000 Series, he was really competitive. We will work hard to get him to adapt to our car quickly in every circumstance, so to be equally successful in Europe too. I thank all his staff and family for choosing JD Motorsport, identifying our operation as the most suitable environment for Eduardo’s technical and human growth in his first European experience”.