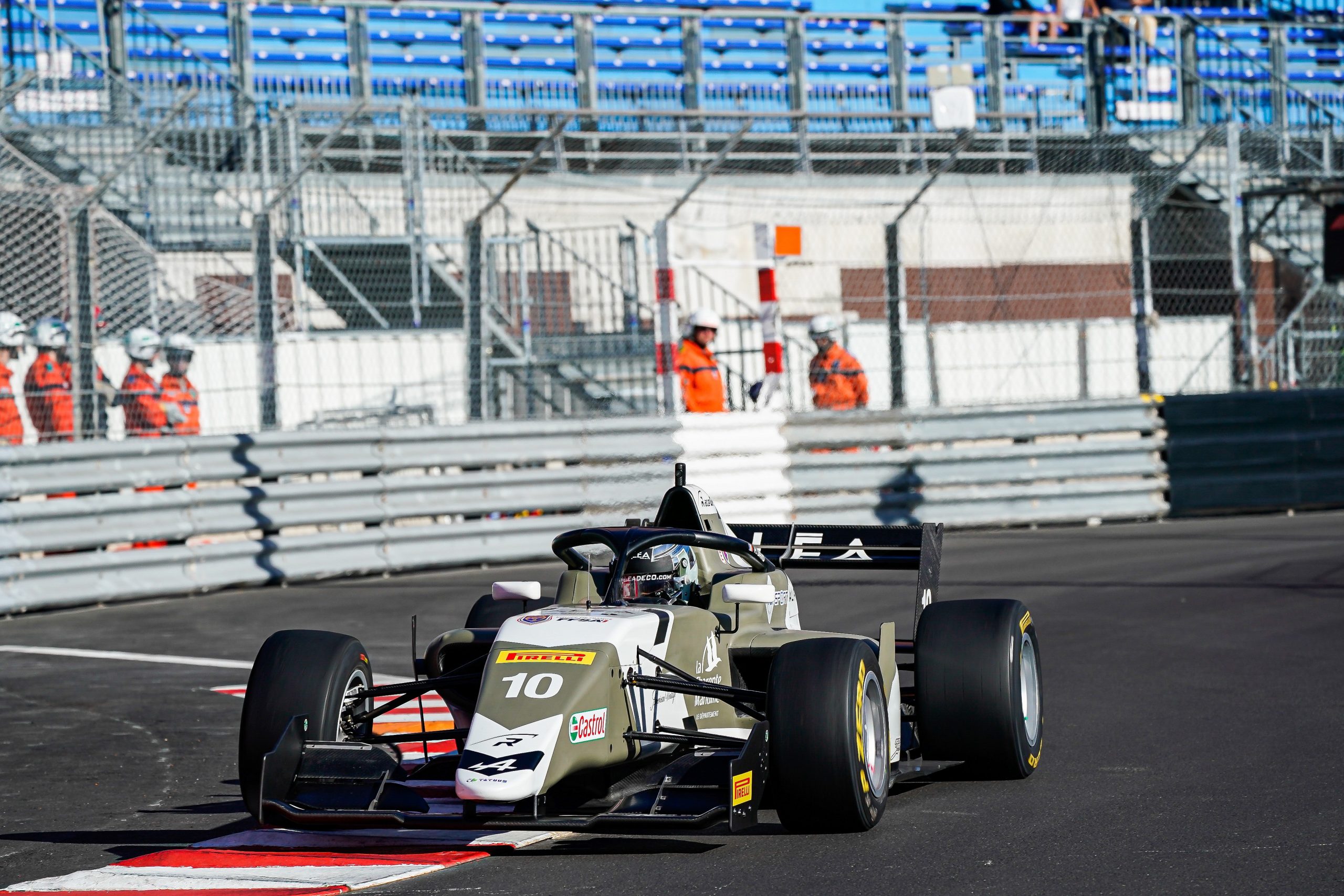 Today the Formula Regional European Championship by Alpine series has started living the dream of the Formula 1 Grand Prix De Monaco, with the only Free Practice of the weekend starting at 8.30 (CET) for 50 minutes as the first overall session of the day.

With sunny weather but some wind and cool air due to the early hour, and evidently the street circuit of Monaco still with extremely low grip and no rubber yet left by the racing cars (together with F1 and Formula Regional by Alpine, also F2 and Porsche Supercup are present), it has not been easy for the young talents of the Renault powered Series to gain confidence with the track. Only Grégoire Saucy, Patrick Pasma and Brad Benavides had in fact already driven on the street circuit of the Principality.

It is Hadrien David (R-ace GP) though to finally obtain the best lap time with 1:30.202, followed by an always fast and effective Alex Quinn (Arden Motorsport – 1:30.446), and the 2020 Italian F4 Champion Gabriele Minì (ART Grand Prix), who is also the fastest of the Rookies.

David: “I am happy about this result, and hope tomorrow it will end up the same way. I am confident with the car on this track, where I had never even tested before. Probably my experience on the French street circuit of Pau, with the F4, where I have also won, has helped me today to find fast the right feeling.”

Quinn:” I found the right pace quite fast not knowing the track, and I think this one of my strong points, being able to adapt quickly to a circuit without doing much testing prior to a race. I did not really push to the limit, considering the high risks of damaging the car being constantly a few cm from the wall”.

Minì: ” Happy with the speed and for not having made any mistake, but the track is tricky, especially in these conditions. The front understeers, but especially the rear in some curves suddenly slides as if it was on soapy water. Not easy to catch up half a second, but we will see.”

Bad luck for the leader of the Championship Saucy (ART Grand Prix), who has started immediately fast with a good pace, but has been involved after the first minutes of FP in an accident trying to avoid Nico Gohler (KIC Motorsport), who spins in the curve just before the tunnel, and finally hitting him with the left rear wheel and braking the suspension.

Also, Dino Beganovic (Prema Powerteam) ends in advance his FP going straight at the same curve, while Isac Hadjar (R-ace GP) and Tommy Smith (JD Motorsport) both damage the front wing, but can pit and restart the session.

Good job anyway by the very talented and resolute Hadjar, who in Race 2 in Barcelona has made the show with some amazing overtaking. The French driver stops the watch at 1:30.842, followed by his teammate Zane Maloney (1:30.899) and a finally up to his standards Andrea Rosso (FA Racing – 1:30.971), sixth and third among the Rookies.

The 33 drivers registered to the Monaco meeting will need to battle to be at the start of both Race 1 and Race 2, as the Monaco street circuit can only host 28 drivers at once. Divided into two groups, A and B, the division based on the 2021 drivers classification before the Monaco meeting, Group A will be made of the drivers in the even positions (2-4-6…) and Group B with the odd positions drivers (1-3-5…)

The driver achieving the best time out of the two drivers classified in the 12th position of each qualifying group will take the 23rd grid position for Race 1. Live images of both Qualifying and Race sessions will be shown on the official Youtube and Facebook channels of the series, which are also reachable from the official website: formularegionaleubyalpine.com