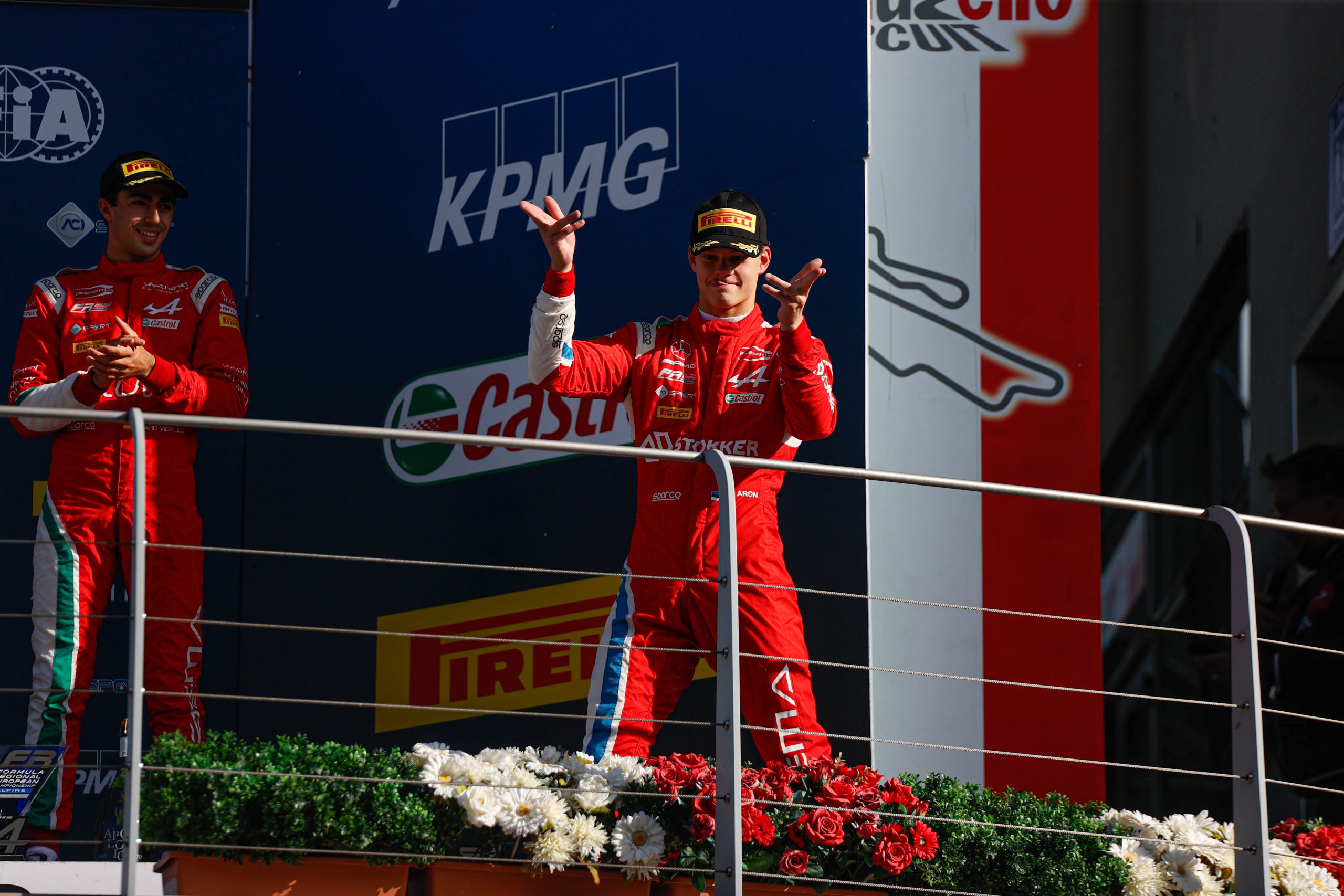 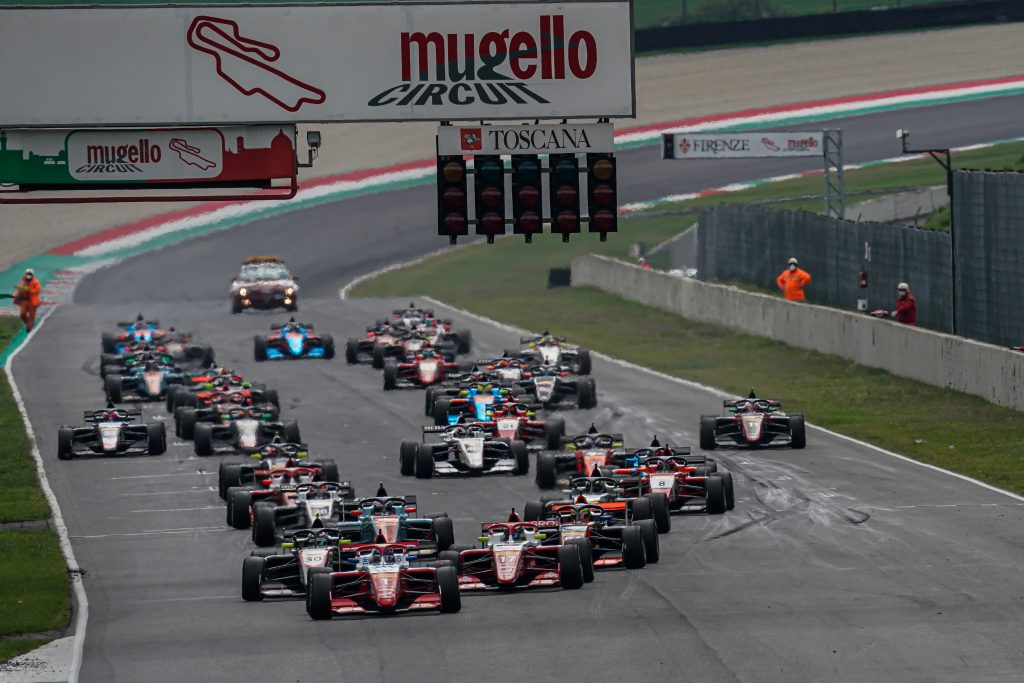 At the start, Belov is very aggressive and immediately overtakes Beganovic, but then also leads Aron to make a mistake going wide at the first corner. The Russian conquers the lead in front of Aron and Beganovic. Immediately after the first corner an accident between Beganovic, Franco Colapinto (MP Motorsport) and Boya, who actually hits the Prema Powerteam driver from behind, determines the stop of the three drivers and also involves Hadrien David (R-ace GP), who damages his front wing and has to stop in the pit lane to change it, restarting last and losing all possibilities to battle for the title. 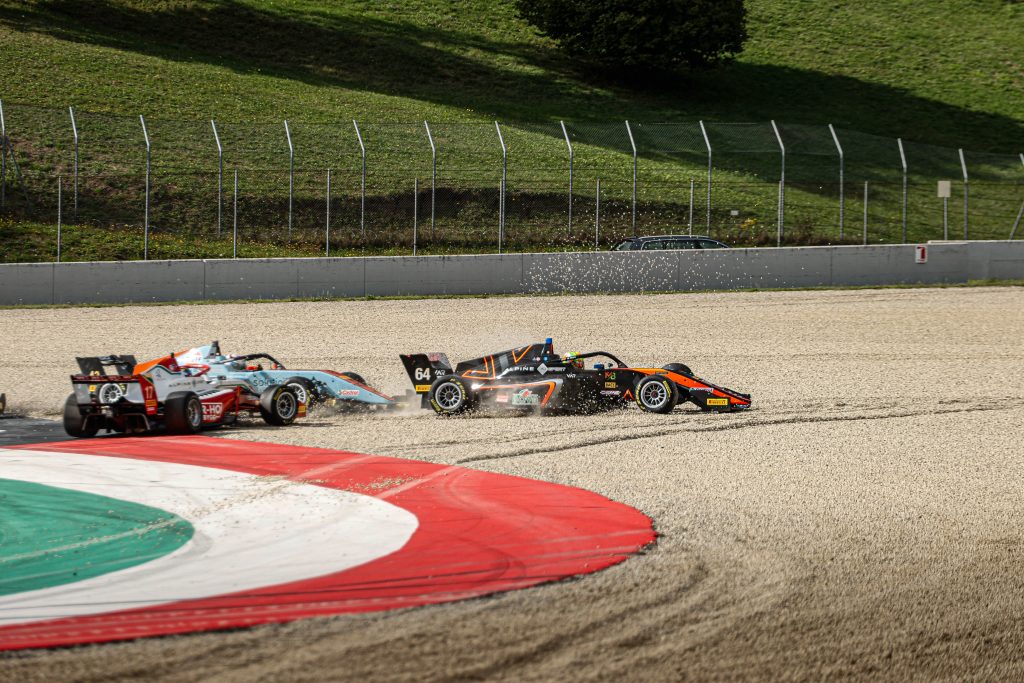 The accident leads to the safety car entering on track. At the restart Paul Aron is amazing in preparing at best his tyres to be ready for the first corners and manages to attack and overtake Belov, who instead will admit at the end of the race to have not kept the temperature of his tyres at the perfect level, finally suffering understeer at the restart. Behind, Vidales overtakes Saucy, the latter careful in not having any accident and bringing home the Title. 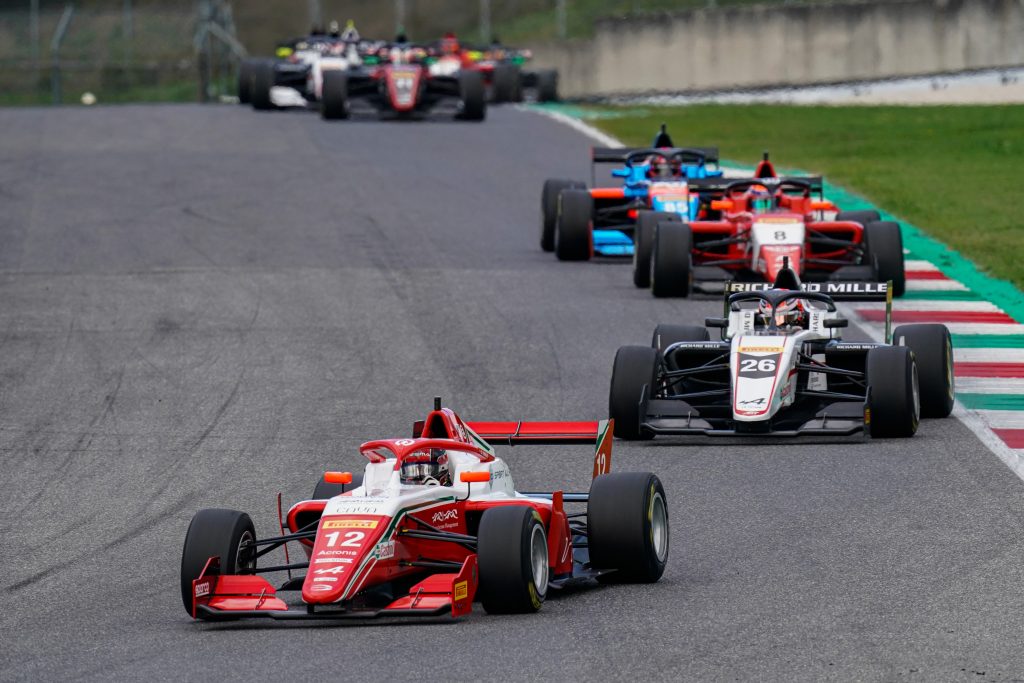 In the meantime, Petecof does a great job, overtaking Minì and Delli Guanti and gaining the seventh position. While fifth is Alatalo, followed by Bortoleto. Minì is eighth, Delli Guanti ninth and Haverkort is tenth.

In the front positions nice battle between Vidales and Saucy, third and fourth, and Bortoleto and Alatalo, fifth and sixth.

13’20” to the end of the race Jasin Ferati (KIC Motorsport) spins, while Aron and Belov are well ahead with almost 3 seconds of advantage on Vidales and Saucy.

A few minutes after Emidio Pesce (DR Formula) and Nico Gohler (KIC Motorsport) crash into each other and are out, requiring once more the safety car to enter on track. At the restart, Aron is very fast and there is no chance for Belov to overtake, while Vidales attacks the Russian, but with no success. An amazing overtake by Delli Guanti in the first corner on Minì and Petecof permits the Monolite Racing driver to gain the seventh position.

Paul Aron wins his first race of the year after having obtained his first pole position, demonstrating great speed and character, regaining the lead after having lost it at the start. Second is the always fast Belov, third Vidales, fourth a very good Alatalo, fifth the mathematical winner of the Title Saucy, sixth the first of the Rookies, Bortoleto, seventh Delli Gaunti, eighth Petecof, ninth Minì and tenth Haverkort. 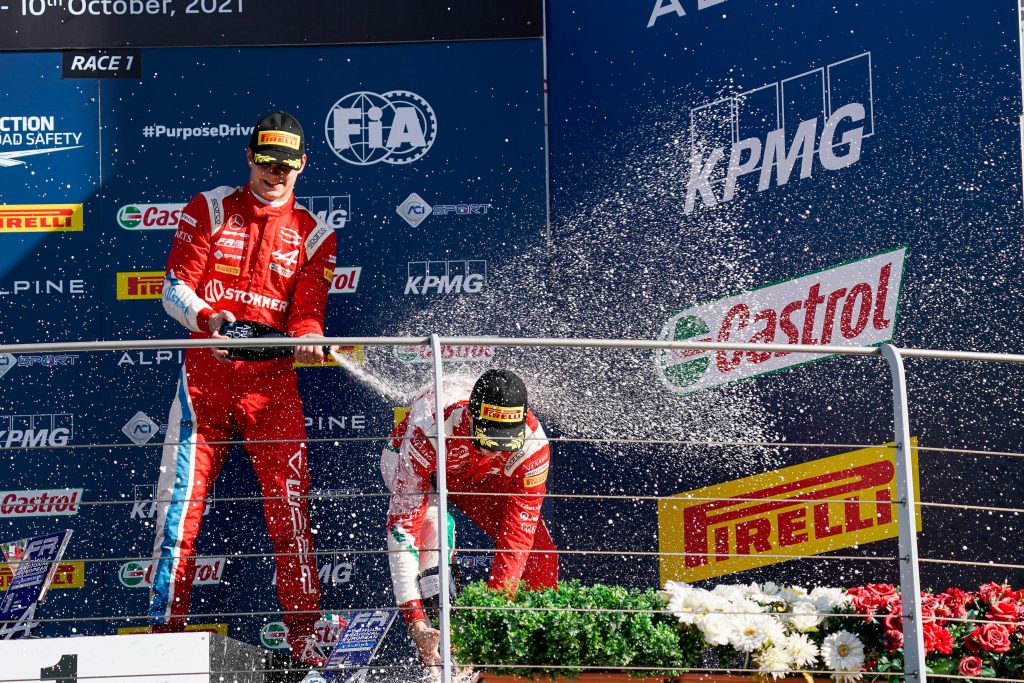 Aron wins the race, Saucy the title with 3 races in advance and 88 points on David, finally 23rd in Race 1. 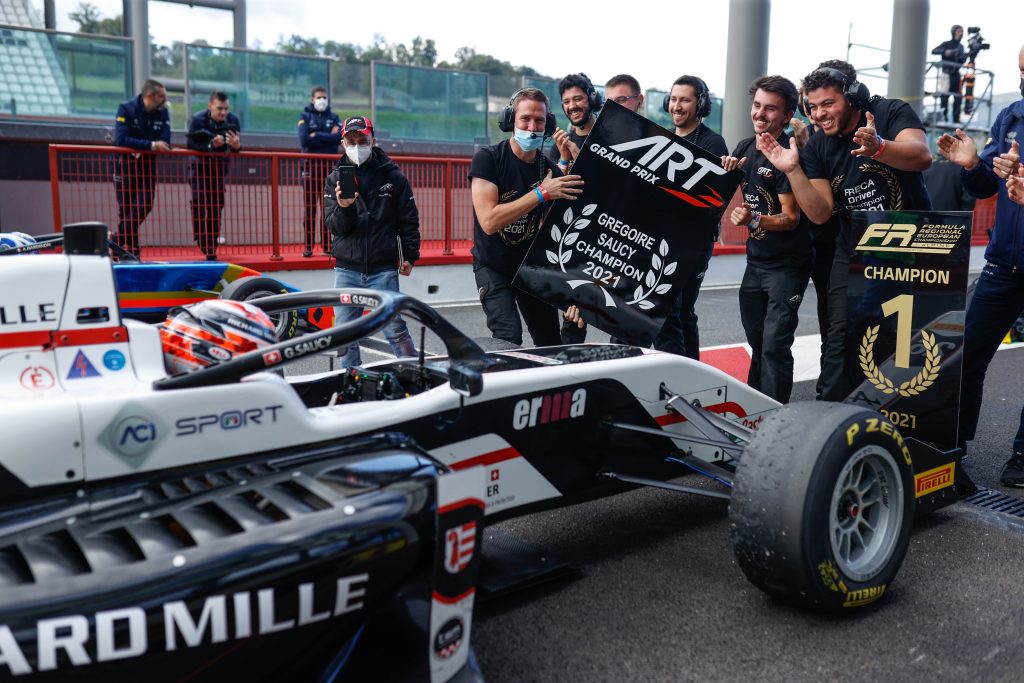 Qualifying 2 tomorrow will take place at 9.00 and Race 2 will start at 14.40 (CET). Both qualifying and race will be shown live streaming on the official Youtube and Facebook channels of the series, which are also reachable from the official website: formularegionaleubyalpine.com