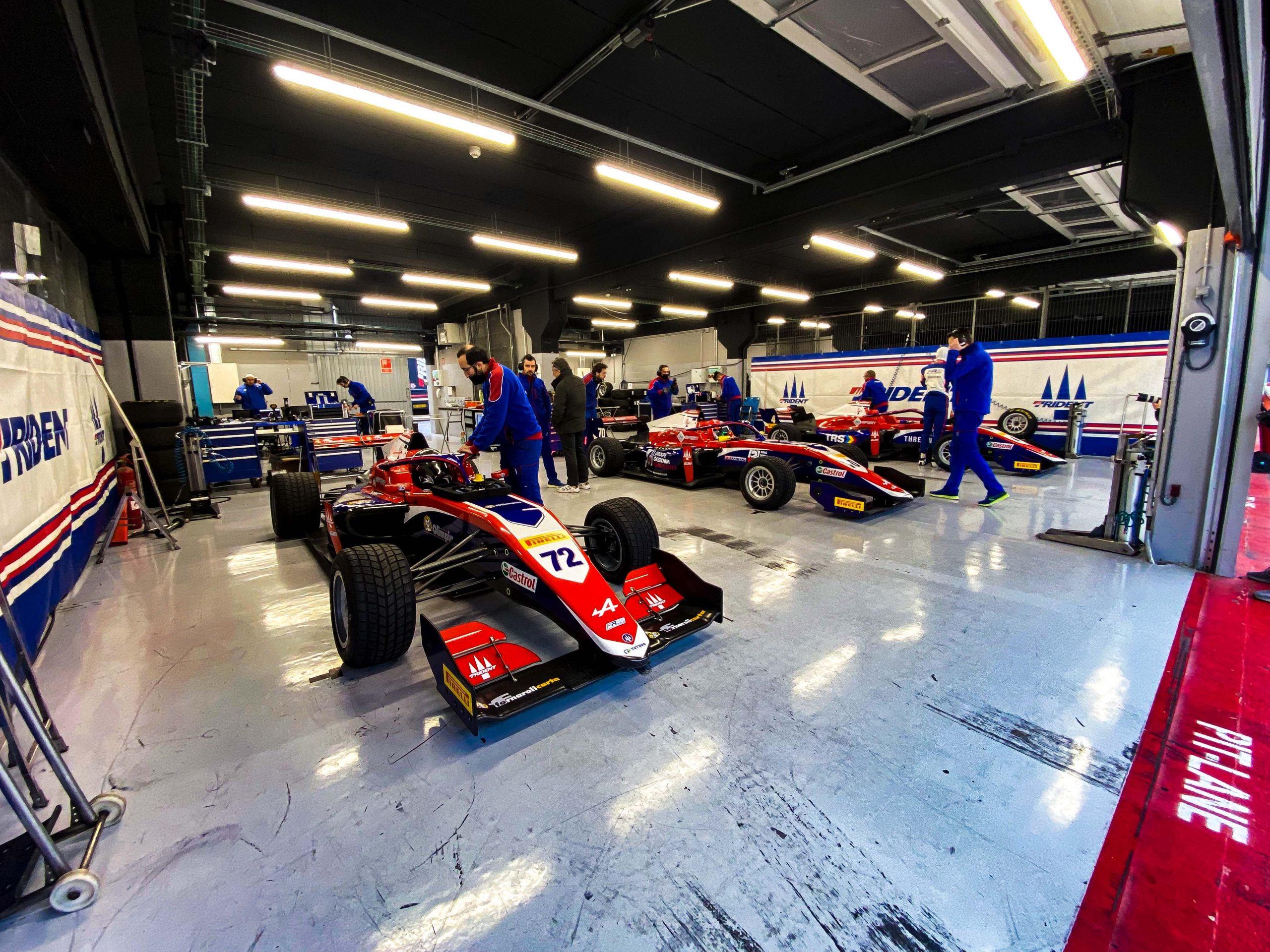 Trident Motorsport were among the new squads competing for the first time in Formula Regional European Championship by Alpine at Montmeló circuit this week, where they finished their maiden event with its three rookie drivers showing the right pace.

German Tim Tramnitz ended the two day test with the sixth best time, while the 17-year-old British racer with Polish roots Roman Bilinski has climbed close to the top-10 and the Italian Leonardo Fornaroli secured the 26th fastest time out of 40 cars after emerging on P10 in the last session.

Reflecting on the event, Team Manager Luca Zerbini said to be pleased with his squad’s performance.

What are the motivations that have made you choose this championship?

“To be fair, the decision was taken by Maurizio Salvadori and Giacomo Ricci before I joined again Trident. The aim was to compete in a championship able to prepare young drivers for FIA F3 and FIA F2, two categories where Trident is competing with success. I have to say that by choosing FRECA, they chosen a very well organized category where drivers can really learn a lot in a fair environment.”

First test of the year in Barcelona, how did it go?

“The test went in the right way. There is much more work to do, but we feel to be on the right direction. We were able to test a few things and for sure we go home with a clearer idea.”

Which setups have you tried?

“We saw that by fitting the front wing on the rear, the car is much quicker… Just kidding. I really cannot talk about this kind of things. For sure, thanks to the job of our engineers and of course the important feedback and work of our drivers, we are trying to get the best one possible.”

How challenging is to lead a FRECA team?

“There are many aspects to take in account. All of them very important such as to build up a team of people that have to enjoy working together. I personally think that to have the right atmosphere in a team is very important. Same for the drivers, they have to take advantage of having competitive team mates rather than consider them enemies. In two words “team building” is important. Then there are all the other aspect like the budgets to respect but without sacrificing the performance. Day by day things to do are really a lot and it is really difficult to synthetize them in few words. What I can say is that I personally enjoy it.”

“It is surprising to see that at this young age they can be so fast in a racing car. But more than that, they are able to be the central role of a racing team, to interact with engineers, managers, journalist, learning how to manage the pressure. Motorsport is first of all a school of life for them”.

How many people make up your team?

“Trident is a big family where the people, especially the engineers, share experiences even though they are working in different categories. This is a big advantage. Talking about FRECA, we are a very motivated group of 10 people. Emanuele Vaiuso is the technical director and the other two race engineers are Giacomo Varalda and Matteo Prosperi. Francesco Raimondo is the chief mechanic, and the other mechanics are Massimiliano Siragusa, Mario Cutolo, Filippo Cappelletti, Raul Paraula and Matteo Piccolo. I really like to work with all of them, they are super.”

What are your thoughts on this championship?

“It is a challenging one. We saw it here with forty young guns pushing to become the next Formula 1 stars. But it is in this kind of hard competition that you learn. I have also to say that the championship is really well organized and run also technically in a very fair way. All the parties involved like ACI Sport and Alpine and their people are doing a great job”.

What are your ambitions for the 2022 season?

“The first one is without a doubt to grow up our drivers in the best way possible so they can be ready for the next step. Said that, it is never easy for a rookie, but I’m convinced that Leonardo, Roman and Tim have all the necessary skill to surprise… And we are happy to work hard for that…”