Paul Aron celebrates his third win of the season at Zandvoort 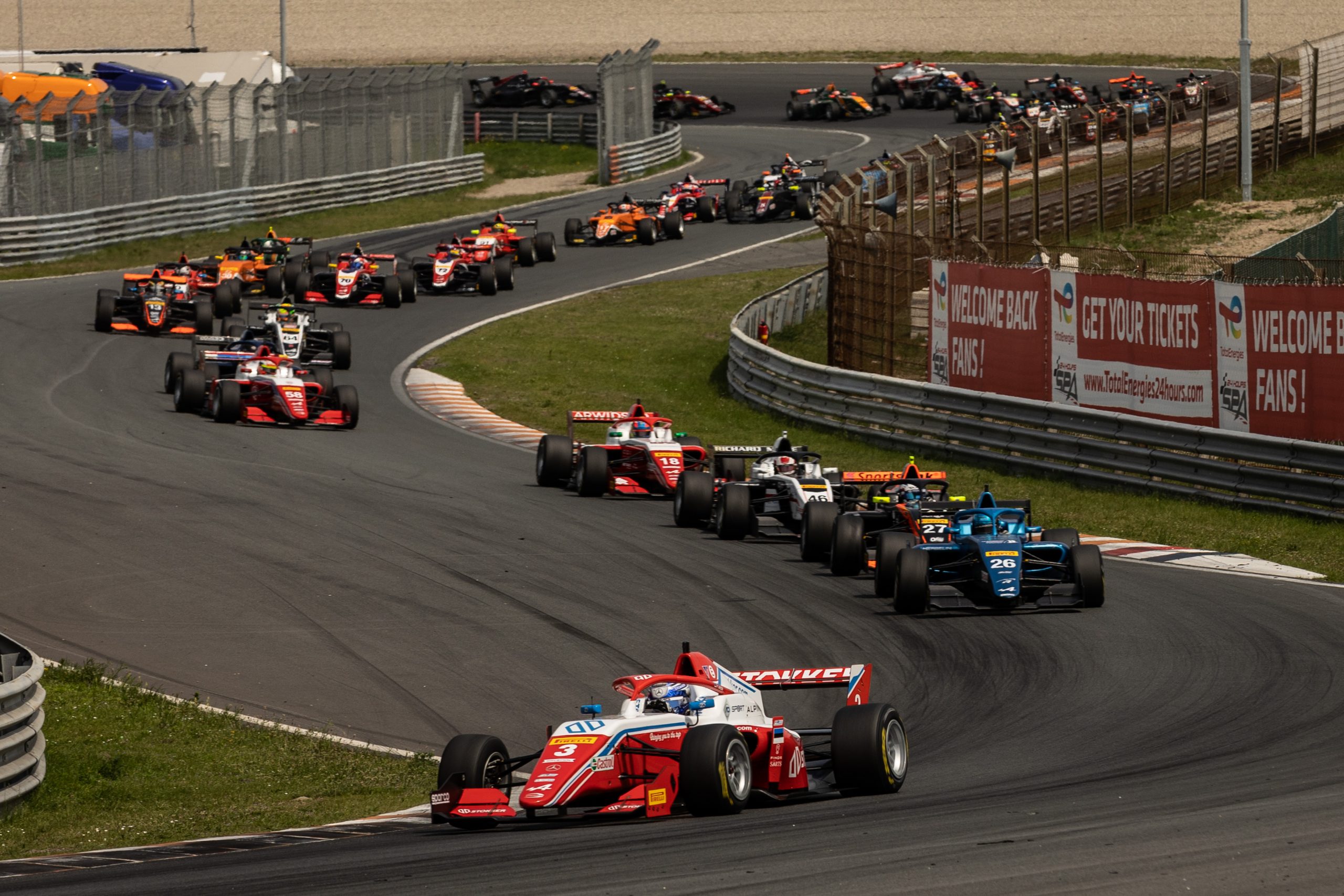 The Formula Regional European Championship by Alpine fired up its engines today at Zandvoort, where the fifth double round of the season took place. The historic Dutch circuit held the first race of the weekend, providing quite a show and filling the numerous spectators on the stands and in the paddock with excitement.

The crowd’s applause went to Paul Aron, who led the race from start to finish. After starting from the pole position obtained this morning, the standard bearer of Prema Racing was able to hold the repeated attacks of Hadrien David back, who tried to threaten the Estonian driver until the last lap. The driver for R-ace GP finished second, but faced a 10-second penalty when some checks on his car revealed an incorrect use of the push to pass after the safety car, entered the track with less than five minutes to go to the end of the race, following Keith Donegan‘s (RPM) car going off-track.

Another fascinating duel was the one between Kas Haverkort (Van Amersfoort Racing) and Gabriele Minì (ART Grand Prix). At the start of the race the Dutch driver was able to pass the Italian, who started from the third slot of the grid. The two drivers battled constantly throughout the race, Minì trying on more than one occasion to pass the local driver, who put all his determination into maintaining third place until the chequered flag waved. This turned into a silver medal for Haverkort and the third step of the podium for Minì.

Fourth place for series leader Dino Beganovic (Prema Racing), who dueled with Minì, trying to get into the heated fight for the podium.

Joshua Dufek (Van Amersfoort Racing), who made his best qualifying session of the season this morning, came in sixth position but faced a 10-second penalty for the same reason as David.

Mari Boya (ART Grand Prix) did well, climbing to fifth position ahead of Sebastian Montoya (Prema Racing), with the latter finding the right opportunity to take the lead of the rookies. Michael Belov (MP Motorsport) and Leonardo Fornaroli (Trident Motorsport) consequently jump to seventh and eighth.

Victor Bernier‘s (FA Racing) performance is noteworthy as he battled for sixth position until the restart after the neutralization, when he slipped back but ahead of Pietro Delli Guanti (RPM), both completing the Top 10.

There was some disappointment for Tim Tramnitz (Trident Motorsport), who was forced to pit in the last part of the race due to a technical problem with a suspension while he was in 10th position.

“It was a light to flag victory, but it was not easy,” Aron said. “I was able to keep everything under control and to handle the race well. Zandvoort is a very technical track that puts a strain on the tires, we had to deal with it during the race. We had a good pace and used the push to pass well after the safety car. I am happy with the result.”

“It’s great to be on the podium in such a great circuit as Zandvoort,” Haverkort said. “It was a very tough race and, at some point, I suffered a bit in the first sector, but I managed to hold my position. I’m sure we can have our say again tomorrow in Race 2, which could be on a wet track.”

The continental series will be back in action tomorrow for the second qualifying session at 10.00 with the final race of the weekend in the afternoon at 15.30.