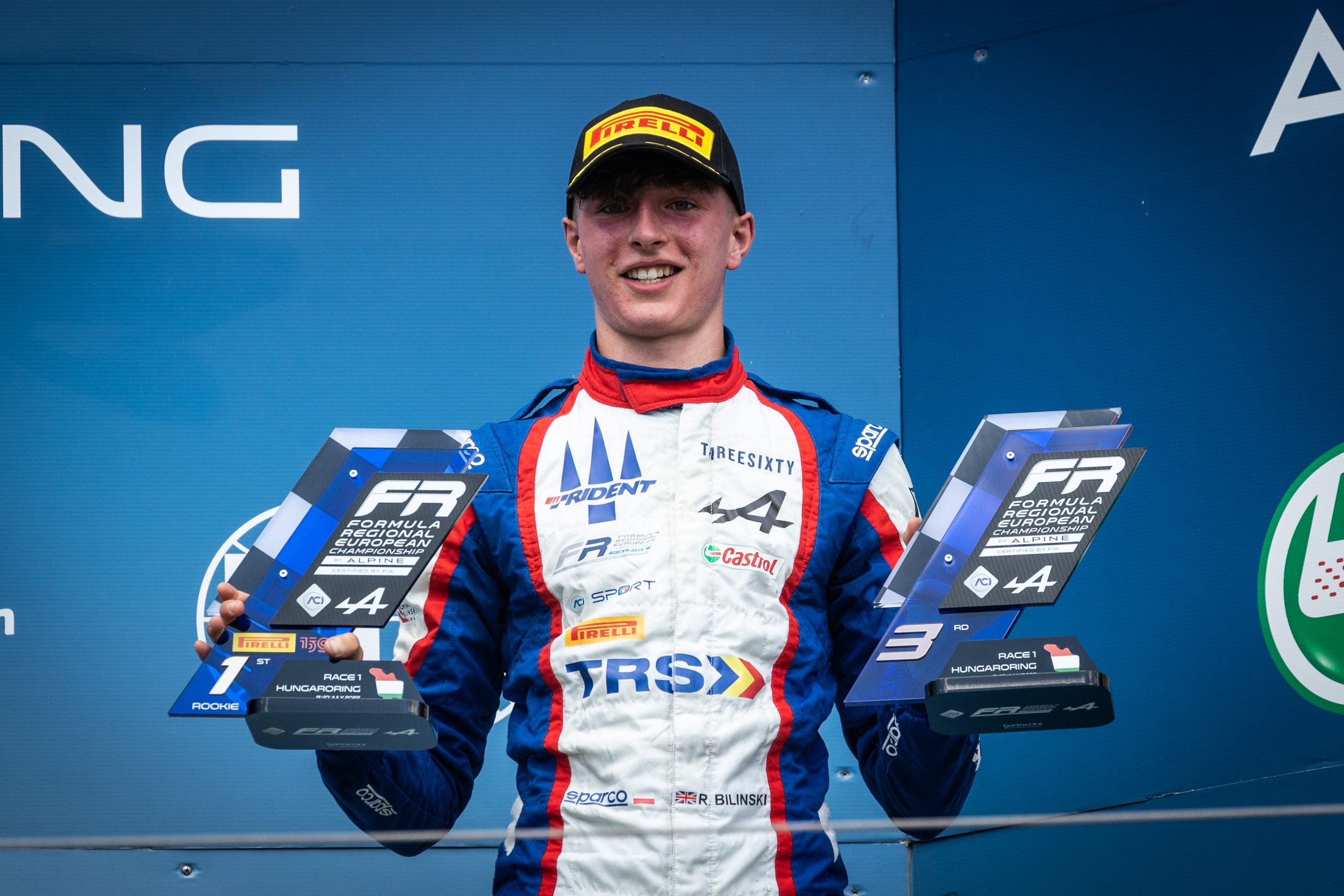 Roman Bilinski, a 18-year-old British driver of Polish origins, played a key role in terms of development during the team’s first season in the championship in 2022, and will stay on board for 2023.

Bilinski achieved Trident’s maiden overall podium finish in the series last season at Budapest, with a third place that also secured his second rookie win after the one in Le Castellet. Bilinski ended the championship in 18th place overall and was 8th among rookies thanks to the 17 points accumulated throughout the year.