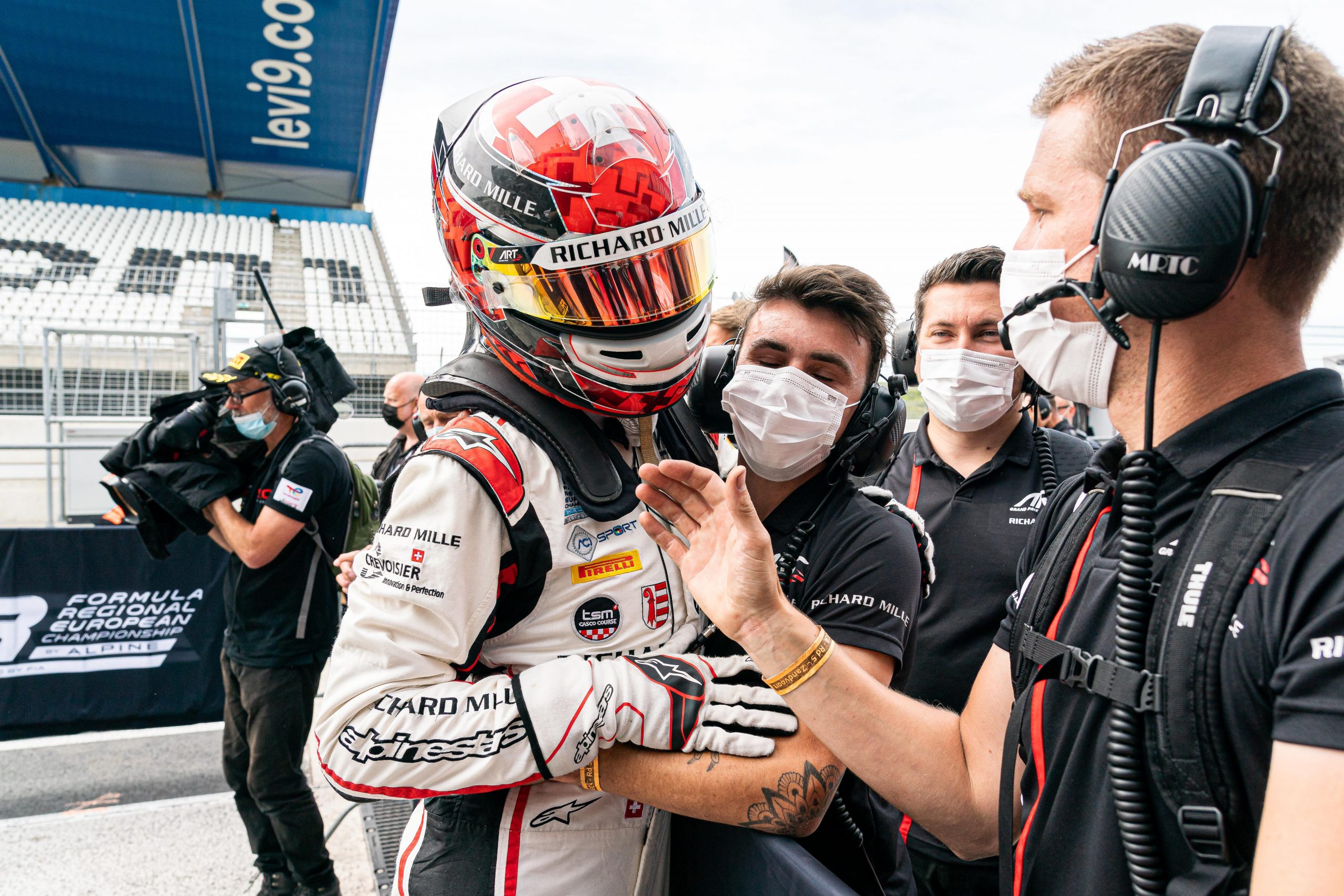 In the warm-up lap, Mikhael Belov (G4 Racing) unfortunately has technical problems and cannot be at the start of the race. From pole position Grégoire Saucy (ART Grand Prix) starts well, and with him, his teammate Gabriele Minì, who though remains a bit stuck behind the Swiss in the first corner and gives Franco Colapinto (MP Motorsport) the opportunity to overtake and gain second. 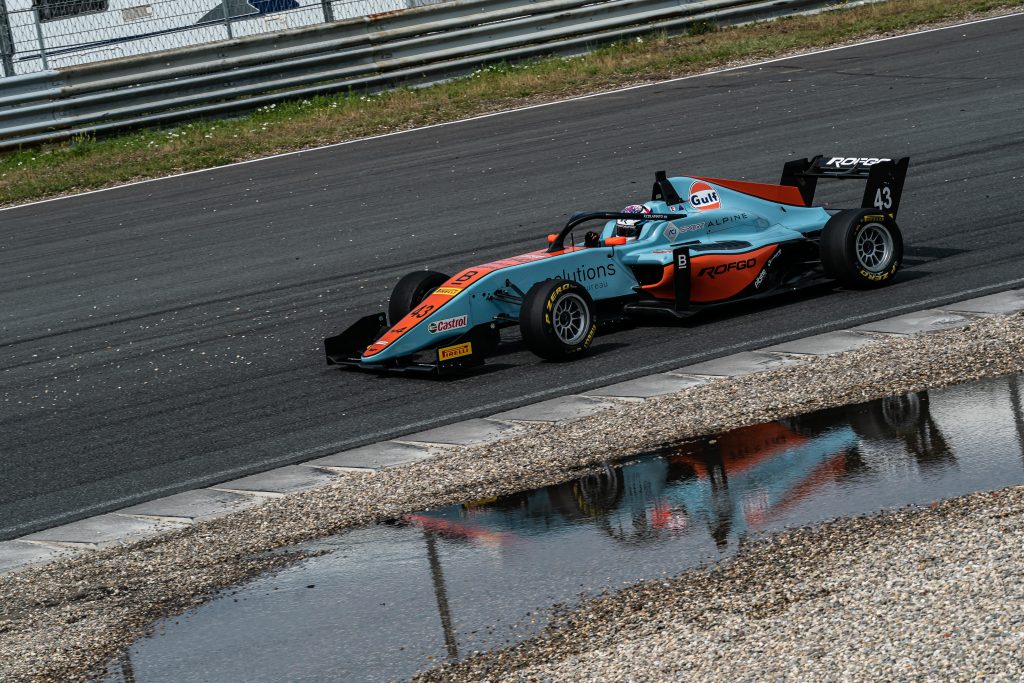 Behind William Alatalo (Arden Motorsport) soon attacks and overtakes Francesco Pizzi (Van Amersfoort Racing), who falls back in the fifth position. His battle all along the race to defend himself from Kas Havenkort (MP Motorsport) and Paul Aron (Prema Powerteam) will be exciting.

In the rear positions, David Vidales (Prema Powerteam) makes a great move on Andrea Rosso (FA Racing), who has had big difficulties this weekend after braking the chassis and having to substitute it and overtakes him. The Spanish driver will finally make a great race recovering 9 positions from 25th to 16th. Great job also by his teammate Dino Beganovic, gaining 11 positions, from the 30th to the 11th.

In the front positions Saucy gains distance from Colapinto, while Minì, after being really fast in the first laps, loses performance of the tires and has to accept to finish third.

In the final laps, the Argentinian driver of MP Motorsport actually manages to catch up on Saucy, who actually has quite some degradation of the tires, but manages to finish the race first and obtain, once more, the perfect weekend, with two pole positions and two wins.

Colapinto is second, Minì third, Alatalo fourth, Pizzi fifth, his best result this year, Havenkort sixth, protecting his position from many attacks of the Estonian driver of Prema, who actually towards the end of the race manages to almost overtake the Dutch driver. Havenkort though in his home track does not accept to lose his position and in the battle Aron, being on the outside along a banking, goes off track, and has to reposition behind the MP Motorsport driver, being finally seventh.

Eighth is Zane Maloney (R-ace GP), not able to confirm the good pace of the collective tests, ninth is Mari Boya (Van Amersfoort Racing) and the tenth is Oliver Goethe (MP Motorsport).

The final classification is still provisional due to some technical verifications that will take place as soon as possible in the next days, so also the general standings will be confirmed then.

The next and sixth round of the Formula Regional European Championship by Alpine will be held in Spa-Francorchamps on the weekend of the 24 and 25 July.