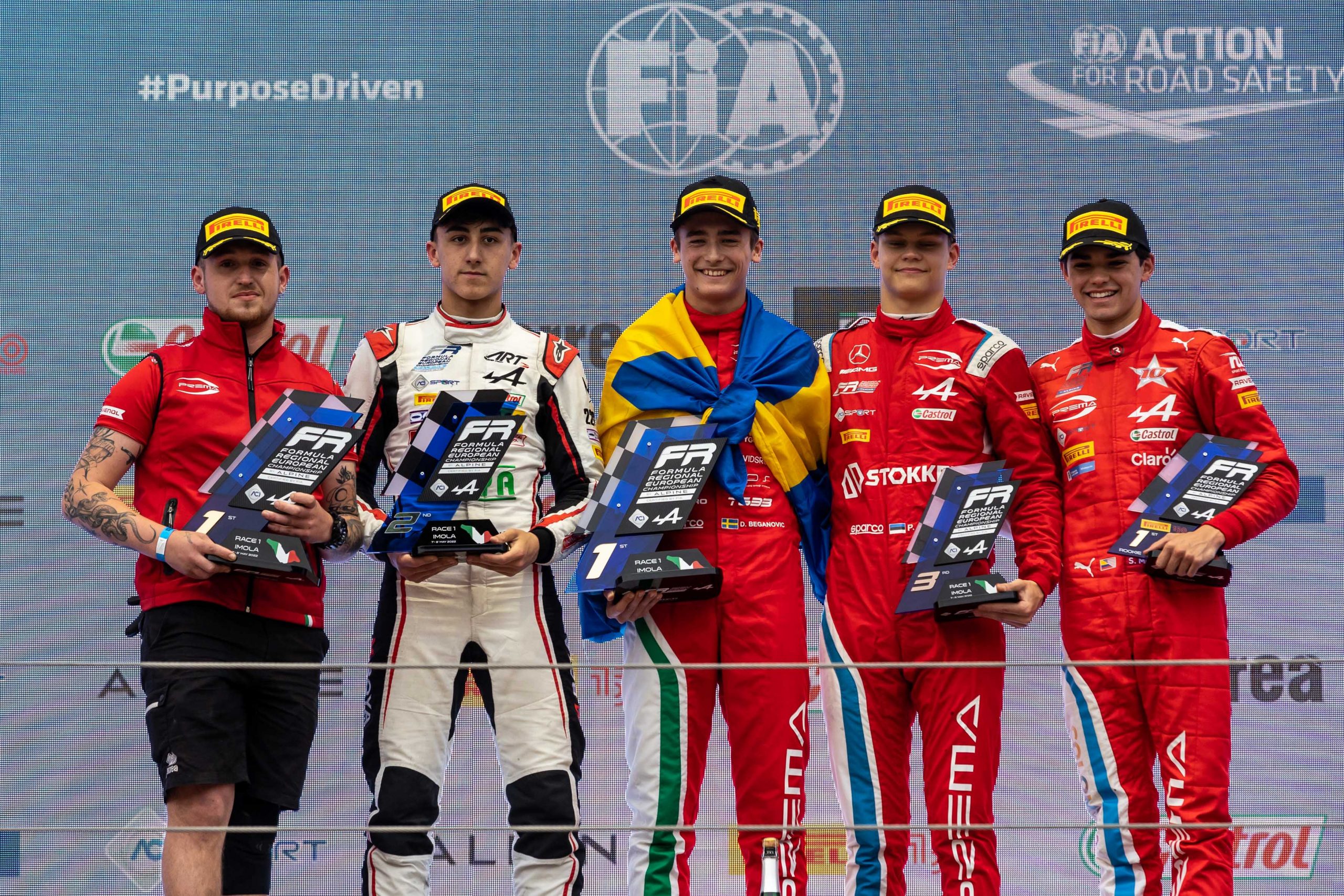 The race of the Formula Regional European Championship by Alpine has been full of twists and turns in Imola, during the second of the ten double appointments scheduled in the 2022 calendar.

Dino Beganovic (Prema Racing) took his second win of the season, consolidating his provisional leadership in the overall series standings. Mari Boya (ART Grand Prix) got the second step of the podium, particularly inspired on the Santerno track, where he signed his best performance both in the qualifying session and the race. The Spanish driver preceded Paul Aron, who consolidates the leadership of Prema Racing among the teams.

Great regret for Gabriele Minì (ART Grand Prix), penalized with ten seconds for jump start after starting from the pole and holding the lead from start to finish.

Sebastian Montoya (Prema Racing) did well once again, scoring his third consecutive success in the rookie group and his best placement in the race with fourth place. The son of former F1 driver Juan Pablo preceded Kas Haverkort (Van Amersfoort Racing) and the other rookie Joshua Durksen (Arden Motorsport).

The race was conditioned by three safety cars and two red flags. The first one was due to Sami Meguetounif (MP Motorsport) crashing into the barriers at the Piratella turn without any consequences on the driver’s health, which forced the first red flag to be waived by the marshals and all the cars to return to the pit lane.

Another neutralization was necessary after Hamda Al Qubaisi (Prema Racing) and Nicolas Baptiste (FA Racing) went off the track. The third one was due to Owen Tangavelou (G4 Racing) going off the track in the gravel at Tamburello and the last red flag to a contact between Axel Gnos (G4 Racing) and Eduardo Barrichello (Arden Motorsport) with two laps to go.

“Another good result came after starting from third on the grid – said Beganovic – I managed to pass Boya and when Mini’s penalty came out I tried to get the best out of the race pace. It’s a perfect start of the season, on a special circuit for me where I got my first career victory in a single-seater.”

The Formula Regional European Championship by Alpine will be back tomorrow morning with the second qualifying session at 9.00 and Race 2 at 15.20, once again on a 30-minute distance plus one lap to be completed.