Gabriel Bortoleto at his best in the second round in Barcelona 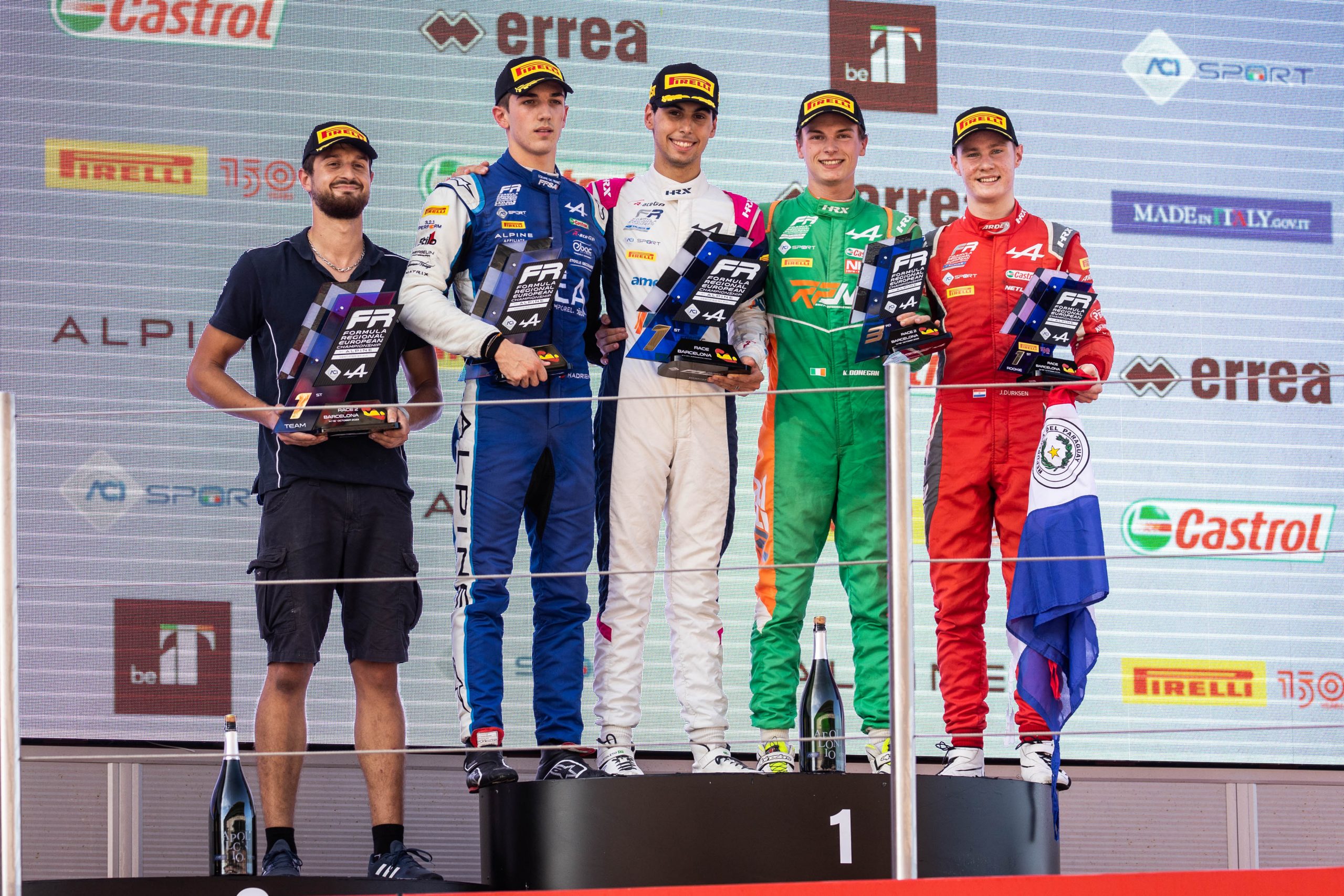 Gabriel Bortoleto was the undisputed star of the second Spanish round of the Formula Regional European Championship by Alpine, going for a fine victory after taking his first pole position this morning.

On the weekend of his birthday, the ace of R-ace GP celebrated his second success of the season after the one obtained at Spa Francorchamps, giving the transalpine team a nice double win thanks to the second place conquered by Hadrien David. The young French driver, author of a flawlessly driven race, took home his second silver medal of the weekend, thus narrowing the gap in the standings between himself and Paul Aron (Prema Racing).

The latter, after dominating yesterday’s race in which he took pole position and victory, today managed to keep fourth position behind a very fast Pierre-Louis Chovet, who climbed onto the lowest step of the podium at the wheel of the car fielded by the RPM team.

Kas Haverkort (Van Amersfoort Racing) did well, finishing fifth under the chequered flag despite the contact with Owen Tangavelou (RPM) at the start of the race, which caused the Frenchman to retire and called for the entry of the first safety car. First victory in the rookie group for Joshua Durksen (Arden Motorsport), who finished ahead of Gabriele Minì. The Italian driver of the ART Grand Prix team, with the seventh place, remained in contention for the title with Dino Beganovic (Prema Racing), who finished tenth in Race 2, being in the limelight at the end of the race for a contact with Victor Bernier (FA Racing). Bernier ended up out of the game while attempting to enter the top 10 and forced the second entry of the safety car, which remained on track until the end of the race.

Completing the top 10 ahead of championship leader Beganovic, who was nevertheless able to celebrate the team title won by the Prema Racing team this afternoon, were Leonardo Fornaroli (Trident Motorsport) and Lorenzo Fluxa (R-ace GP), eighth and ninth respectively.

“It was a great weekend for me,” Bortoleto said. “We did a very good qualifying session, but we kept our heads down and concentrated hard to achieve today’s result. Obviously, today’s official session was decisive for my race, where I made a good start and managed to keep a good pace. Hadrien was very fast behind me, and I had to be careful not to make any mistakes. It really couldn’t have gone any better than that.”

“The team is doing a great job and today’s podium is proof of that,” said David. “I tried to pass Gabriel, then the safety car came in. Anyway, he was really fast today. We are aiming for second place in the overall standings, which will be decided at Mugello.”

“It’s nice to be on the podium once again,” Chovet said. “After the one gained at the Red Bull Ring, we managed to do well here in Spain too, thanks to an excellent qualifying and the great work done by the whole team.”

The Formula Regional European Championship by Alpine will be back in action already next week at the Mugello circuit on the weekend of 21-23 October.