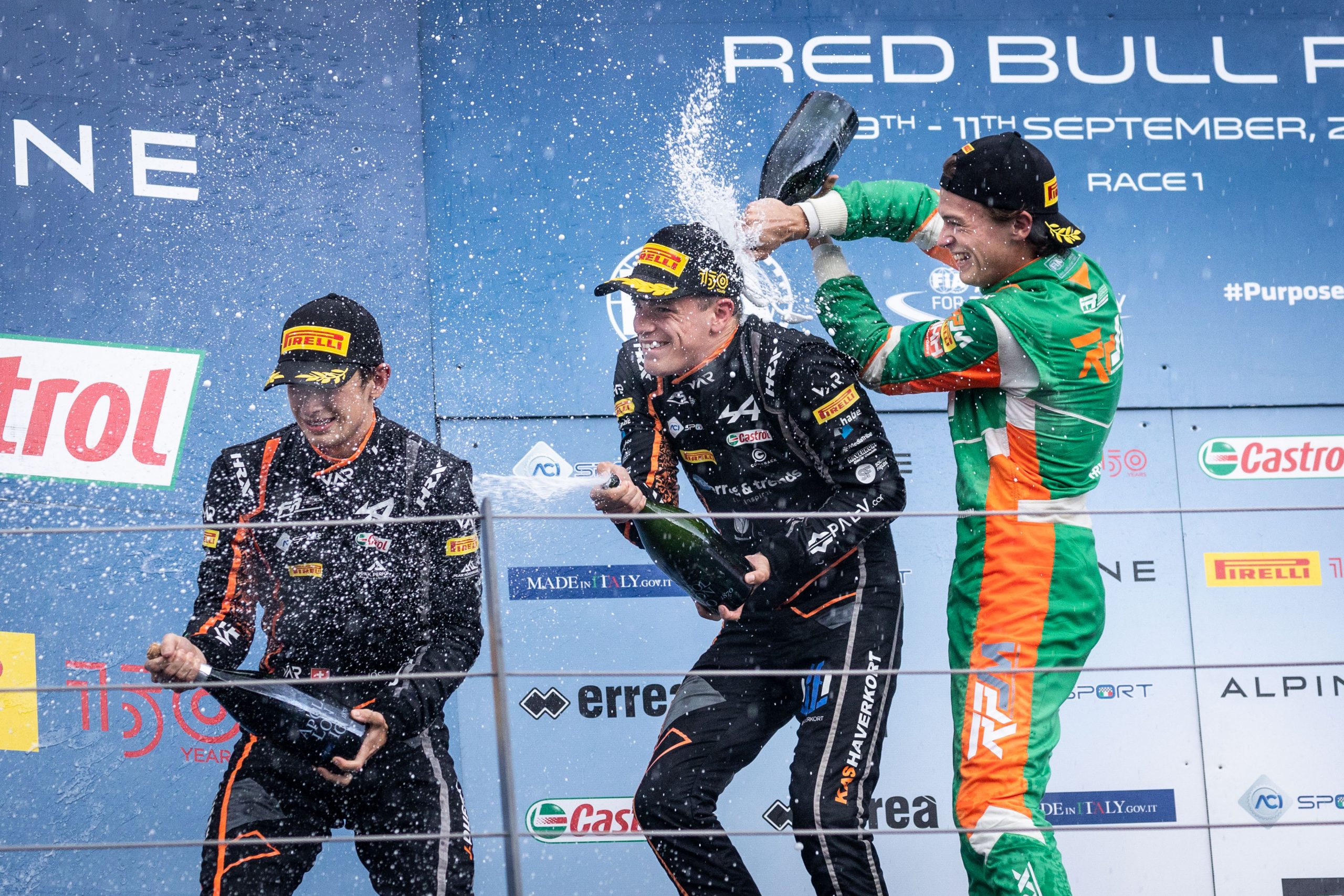 A spectacular Race 1 full of twists and turns took place at the Red Bull Ring, where the eighth round of the Formula Regional European Championship by Alpine was held, with Kas Haverkort (Van Amersfoort Racing) reaching the highest step of the podium ahead of teammate Joshua Dufek. Behind, RPM’s new addition Pierre-Louis Chovet‘s entered the season with a flawless performance, leading him to third place having led the race for a few laps.

Haverkort and VAR were the most skillful in interpreting the difficult weather conditions that changed throughout race, starting with a sudden downpour that hit the starting grid and forced the race director to start the race behind the safety car. However, before we’d even started Sebastian Montoya (Prema Racing) spun and slipped from ninth to 14th position after contact with Dufek demonstrating just how tricky the conditions now were. While behind G4 Racing team newcomers Tereza Bábíčková and Gillian Henrion were forced to retire, with the former crashing into the barriers. Shortly afterwards the red flag was shown, and the drivers stopped in the pit lane waiting for the track conditions to improve.

At the restart, poleman Paul Aron (Prema Racing) remained in the lead, while Gabriele Minì (ART Grand Prix) in an attempt to take the fifth place away from championship leader Dino Beganovic (Prema Racing) found himself seventh after being passed by Maceo Capietto (Monolite Racing). In the meantime some drivers returned to the pit lane to install dry tyres, this included R-ace GP drivers Gabriel Bortoleto and Hadrien David. In the spotlight Beganovic with his overtaking move on Owen Tangavelou (RPM) which opened the door for him to finish fourth behind Chovet. There was a twist as leader Aron also entered the pit lane for a tyre change, which left the race lead to Eduardo Barrichello (Arden Motorsport). Chovet then targeted the Brazilian driver, who was also passed shortly afterwards by Beganovic, with Haverkort being the protagonist of a fine comeback from 14th position.

In the closing stages of the race Aron collided with teammate Montoya in an attempt to recover positions. The manoeuvre knocked the Estonian out of the race and got the safety car back on track. When the green flag waved, Haverkort took the lead, while Dufek managed to pass Beganovic first and Chovet at the finish line, giving the Van Amersfoort team a 1-2 finish as well as its first rookie win.

The European series will be back in action tomorrow morning at 9.08 am for the second qualifying session, while Race 2 will start at 2.30 pm, always over a distance of 30′ plus one lap to complete.