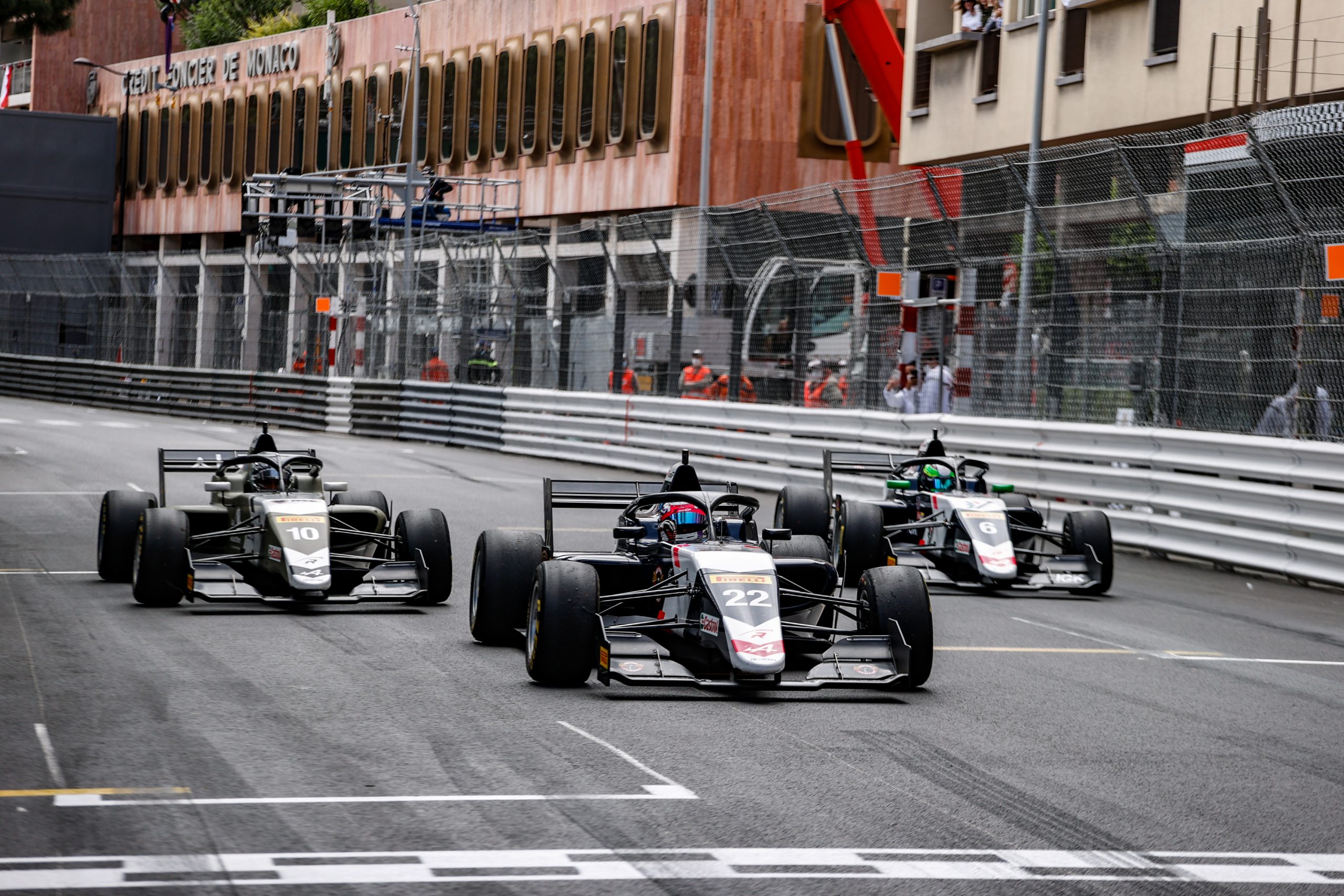 The Formula Regional European Championship by Alpine Monaco Grand Prix ends with a total R-ace GP podium, headed by the winner of Race 2, the driver from Barbados Zane Maloney, followed by who has been probably the fastest Formula Regional by Alpine driver at the Principality this weekend, Isack Hadjar, while third has been Hadrien David, great in FP, but not taking advantage of his speed in QP, and so obliged to confirm his starting position in Race 2, third, just as he did in Race 1, fourth. 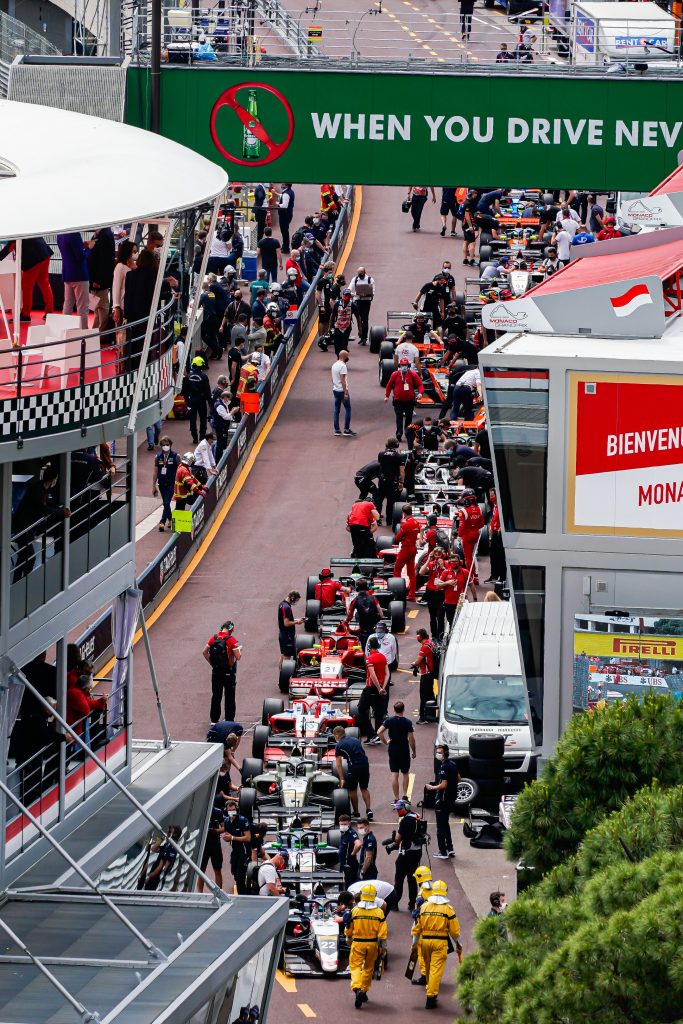 With 10 minutes delay due to a spectacular crash in the race of the Porsche Mobil 1 Supercup, Race 2 starts under a sunny and cloudy sky, wind, and totally dry track. On pole Zane Maloney, the fastest in the QP between group A and B, and so deserving the first position on the grid of what is considered the most exclusive race of the two, the Sunday race, anticipating the F1 Grand Prix. Behind him the winner of Race 1, the amazing Rookie Isack Hadjar, followed by the third R-ace GP driver, Hadrien David, in the second row together with the first non R-ace GP competitor, Paul Aron (Prema Powerteam). 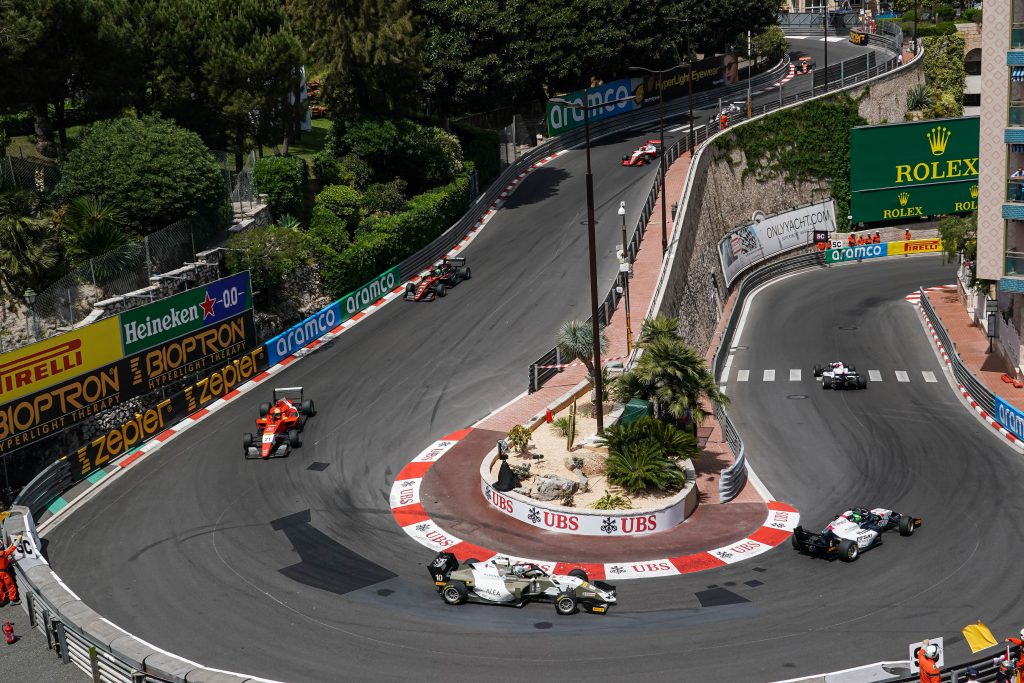 At the start Maloney is quick, but Hadjar is even more quick. “My best ever start I think”, has commented the French driver after the race, “but the distance before the Saint Devote is so short that there was no chance to overtake”. But there is really no time to race since a big accident (with no driver injured seriously thanks to the F3 safety standards of the Formula Alpine) occurs immediately after the Saint Devote with the group reaching up towards the Beau Rivage. Nicola Marinangeli (going upside down with his car after being hit from behind), Dino Beganovic, Gregoire Saucy, Tommy Smith and Brad Benavides are involved in an accident and their race, unfortunately, ends before even warming up the tires. The track is blocked by the cars and the race is stopped with Red Flag. All cars enter and stop in the pit lane, many of them fixing broken front wings and appendixes. 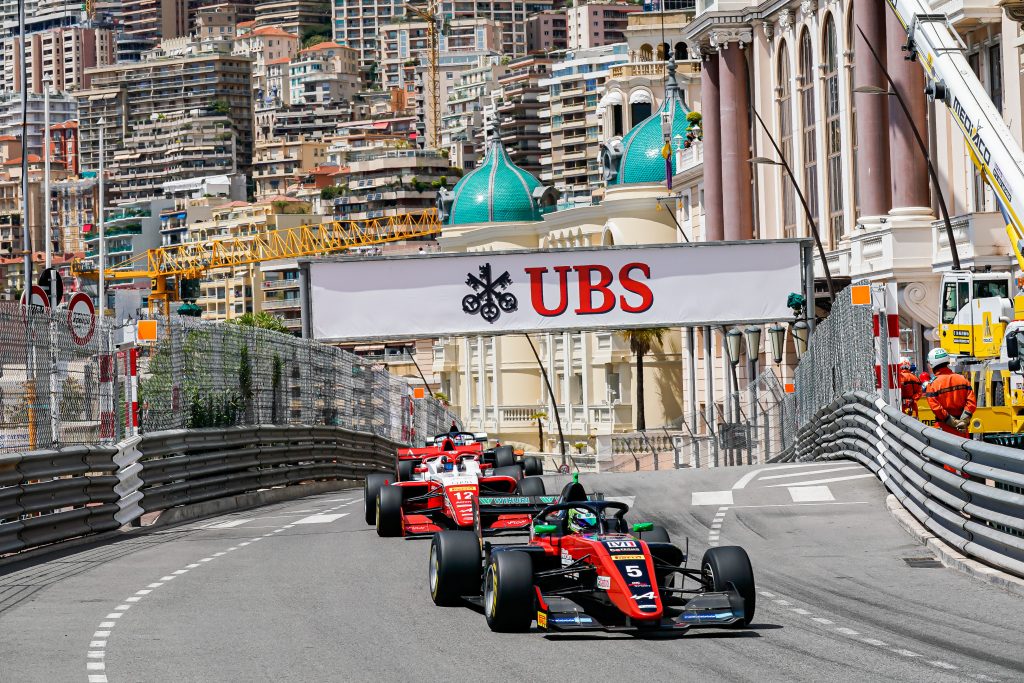 Green flag and the race in on again with a launched restart behind the safety car. Positions do not really change and Maloney keeps the lead. A few laps later it is Emidio Pesce (DR Formula), who miraculously did not damage irreversibly his car in the first accident, concludes the race losing control and hitting the barriers at the Casino. Safety car is back on track and once more the group is compacted, with Maloney having to redo it all again. “At every restart, I simply thought about what I could do better than the previous launched start. Luckily it all worked fine”, commented the driver from Barbados after the race.

And again the restart does not change the positions, with Maloney, Hadjar, David, Aron, Patrick Pasma (KIC Motorsport) and Alex Quinn (Arden).

More laps and Paul Aron makes a mistake hitting the barriers going wide after the Sainte Devote. His race ends and the safety car is once more on track. Again Maloney has a good start and the classification does not change, with Hadjar each time losing some distance and then regaining it back to be very close to the leader of the race, but never in condition to attach him. “After every restart, I lost some distance from Zane, but soon gained it back after a couple of laps. I was never in condition to try and overtake, but maybe without the safety car entering so many times I could have put more pressure on my teammate”, comments the French driver at the end of the race.

Among the Rookies Hadjar is first, followed by Ten Brinke and Boya.

With more than 30.000 viewers simultaneously during the live streaming on Youtube and Facebook for Race 2 in Monaco, and overall around half a million views of QP and races this weekend, the Formula Regional European Championship by Alpine is confirming in a net way its position as point of reference and only FIA certified series between F4 and F3, in the ladder from karting to F1.

The next meeting will take place this coming weekend on the F1 circuit of Paul Ricard at Le Castellet.

Live streaming of the two races will be visible once more on the official Youtube and Facebook channels of the series, which are also reachable from the official website: formularegionaleubyalpine.com