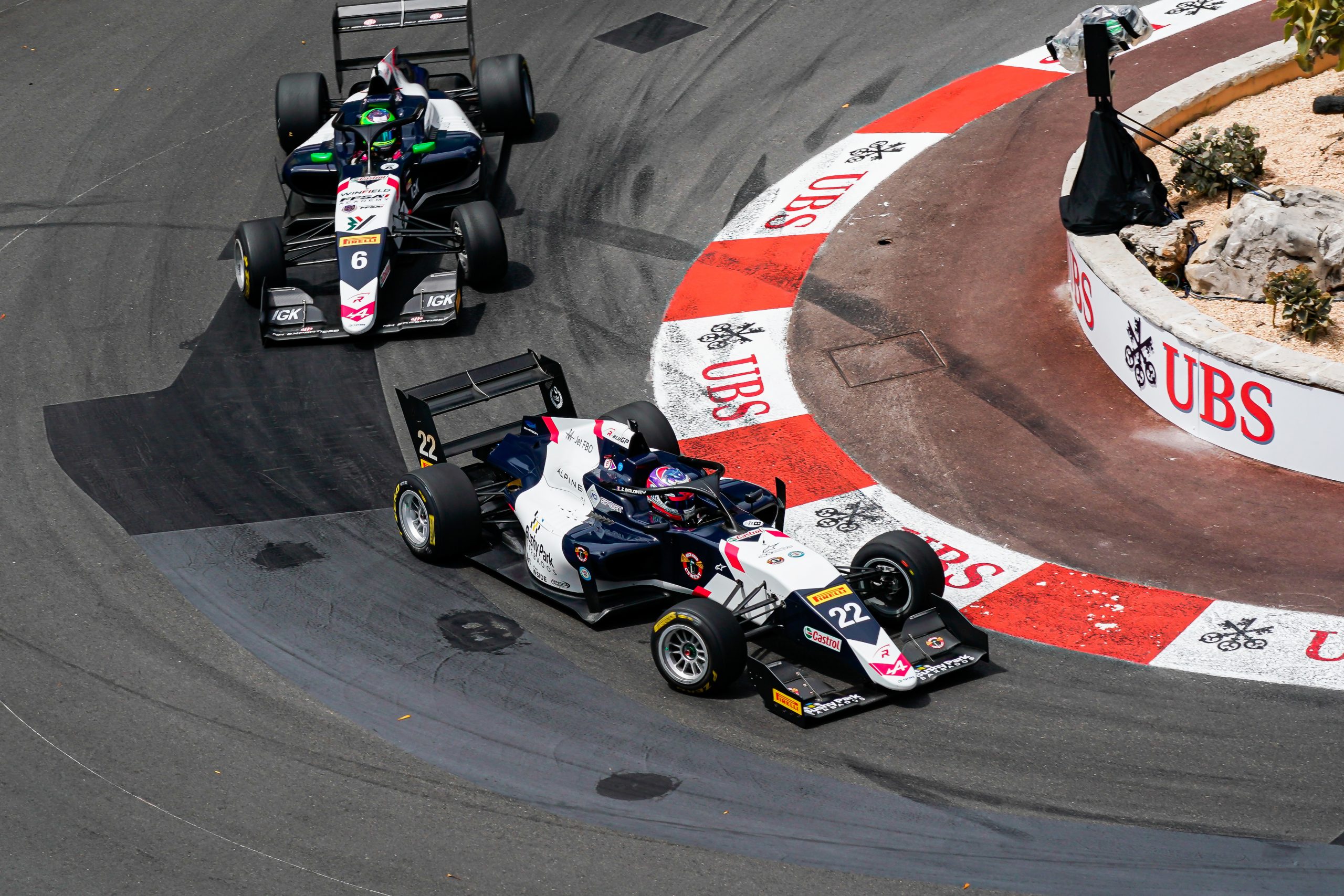 From pole, it is the Zane Maloney to bring Barbados to the top of the podium at the Formula Regional Grand Prix of Monaco. The R-ace driver passes the chequered flag in front of teammates Isack Hadjar and Hadrien David, for a one-team podium in Race 2 in Monaco.

With three launched restarts, Maloney had to be very concentrated each time to keep his first position. In fact, one big accident (all drivers being finally physically ok) in the very first moments of the race after the start at the Beau Rivage has involved many drivers, of which Nicola Marinangeli (actually flipping over with his car after being hit from behind) Dino Beganovic, Gregoire Saucy, Tommy Smith and Brad Benavides ended their race. The other two stops have seen Emidio Pesce (involved in the first accident, but able to continue his race after changing the front wing when the race was stopped) losing control and damaging his car at the Casino, while later Paul Aron makes a mistake and hits the barriers at the Beau Rivage, requiring both times the entry of the Alpine A110 Safety Car.

Maloney: “Huge happiness to win here in Monaco, I am sure all Barbados will be cheering, and hope this will bring other young drivers from my country close to motorsport. Not easy to keep Isack behind, and at every restart, after safety car, I was thinking how to do it better and what to improve. Finally, all went well and I hope to continue in this direction growing race after race.”

Hadjar: “In the first laps I could not really get close to Zane, but after I was definitely faster. This happened also after the two safety cars, so I guess the restarts ruined a little bit my race. But in the end, Zane was strong, and even if I had a greater pace I don’t think I could have overtaken him, maybe simply make more pressure on him. Still, I feel here in Monaco I was definitely the fastest (Hadjar has the fastest lap of the race). Paul Ricard is my home track, I know it well and expect to have good results.”

David: “It is of course a great sensation to be on the podium in Monaco, but I am not really satisfied. The racing weekend started well with the best lap time in FP, but some mistakes in QP have compromised my weekend, as from P4 and P3 I could not do more. I needed the championship points, and sincerely I did not push to the maximum as I knew I could not overtake Isack anyway.”