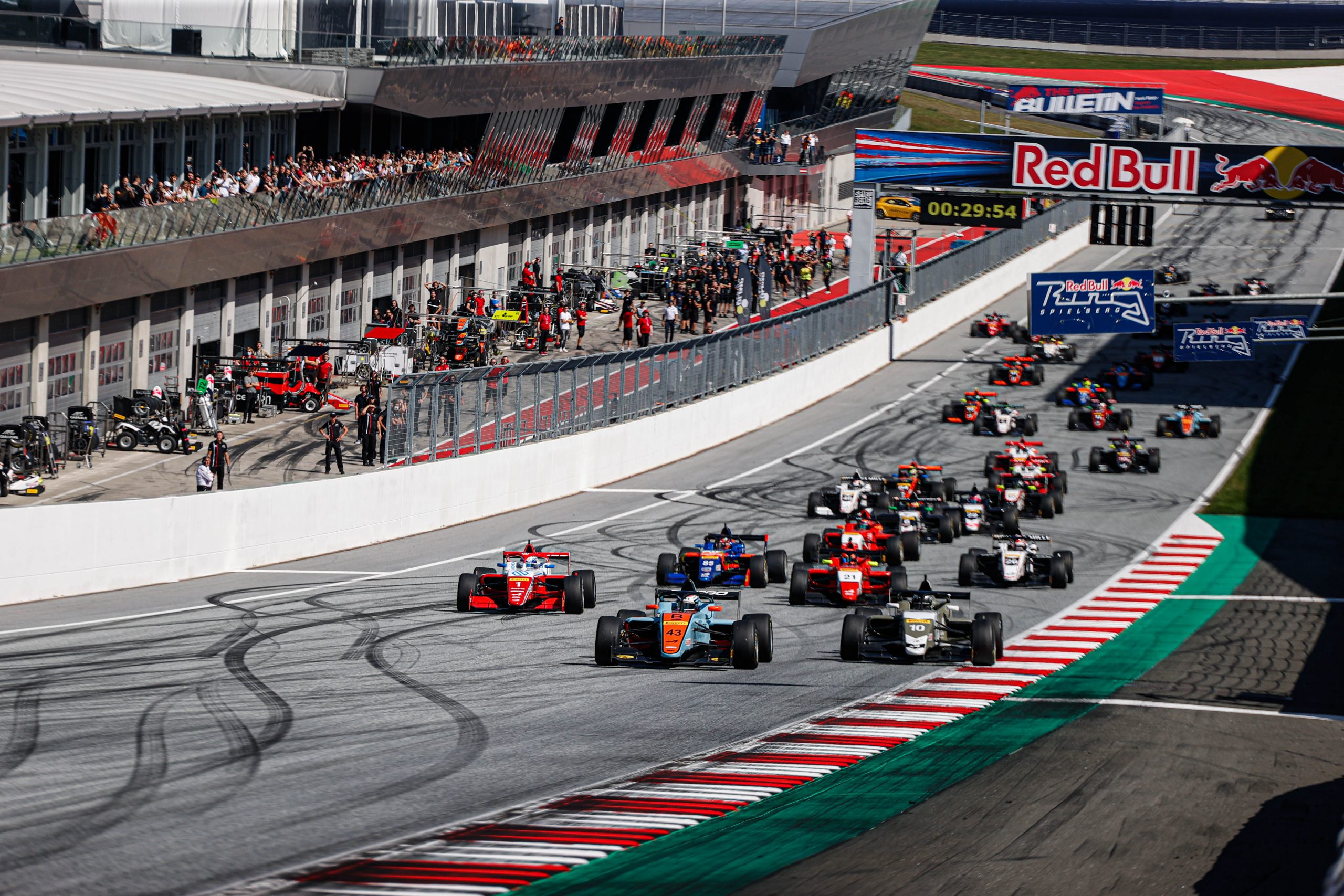 Franco Colapinto conquers his and MP Motorsport’s first win in the championship in Race 1 at Red Bull Ring. From pole position, the Argentinian driver manages to always keep the lead, even though his start is not perfect. Much better is the restart at the very beginning of the race determined by the accident of Lèna Buehler crashing into Tommy Smith.

Behind the Argentinian driver, the battle is strong, but chances to overtake are few. Hadrien David (R-ace GP) also keeps his second position from the start, and so does Paul Aron (Prema Powerteam) with the third, managing to be back on the podium after his last time in Monaco.

Alex Quinn (Arden Motorsport) gains one position from the start and ends fourth. The championship leader Grégoire Saucy (ART Grand Prix) also improves one position and is finally fifth, but evidently below expectations. Sixth is Michael Belov (G4 Racing), up from the 11th position and one of the drivers who manages to overtake more on a difficult track in this sense.

Seventh is Gabriel Bortoleto (FA Racing), who loses 3 positions from the start, but still obtains a very good result and is first among the Rookies.

“I am really happy for the improvement, and thank the team for the amazing work as they have given me a great car. I did not have a good start and it was a very difficult and long race, but I am happy and confident also for tomorrow”, comments Franco Colapinto after the podium ceremony.

“I am very happy about the result. It is my first time on this track so I am positive for the improvement and expect to do even better tomorrow, hopefully starting from pole position, as the slipstream here is not quite enough to overtake”, comments Hadrien David, who partially reduces the gap from Saucy in the championship.

“I think the team has worked really well and finally we have found the right direction to be fast. I feel good here as I have always been competitive, with two successes in F4. I hope for tomorrow we can conquer the pole position, as this is key for the final win”, explains Paul Aron after the race.

“I am really positive for this result, and being first of the Rookies and obtaining my best performance of the season until now is great. The team has helped a lot and I thank them”, is the comment by a very excited and positive Gabriel Bortoleto.