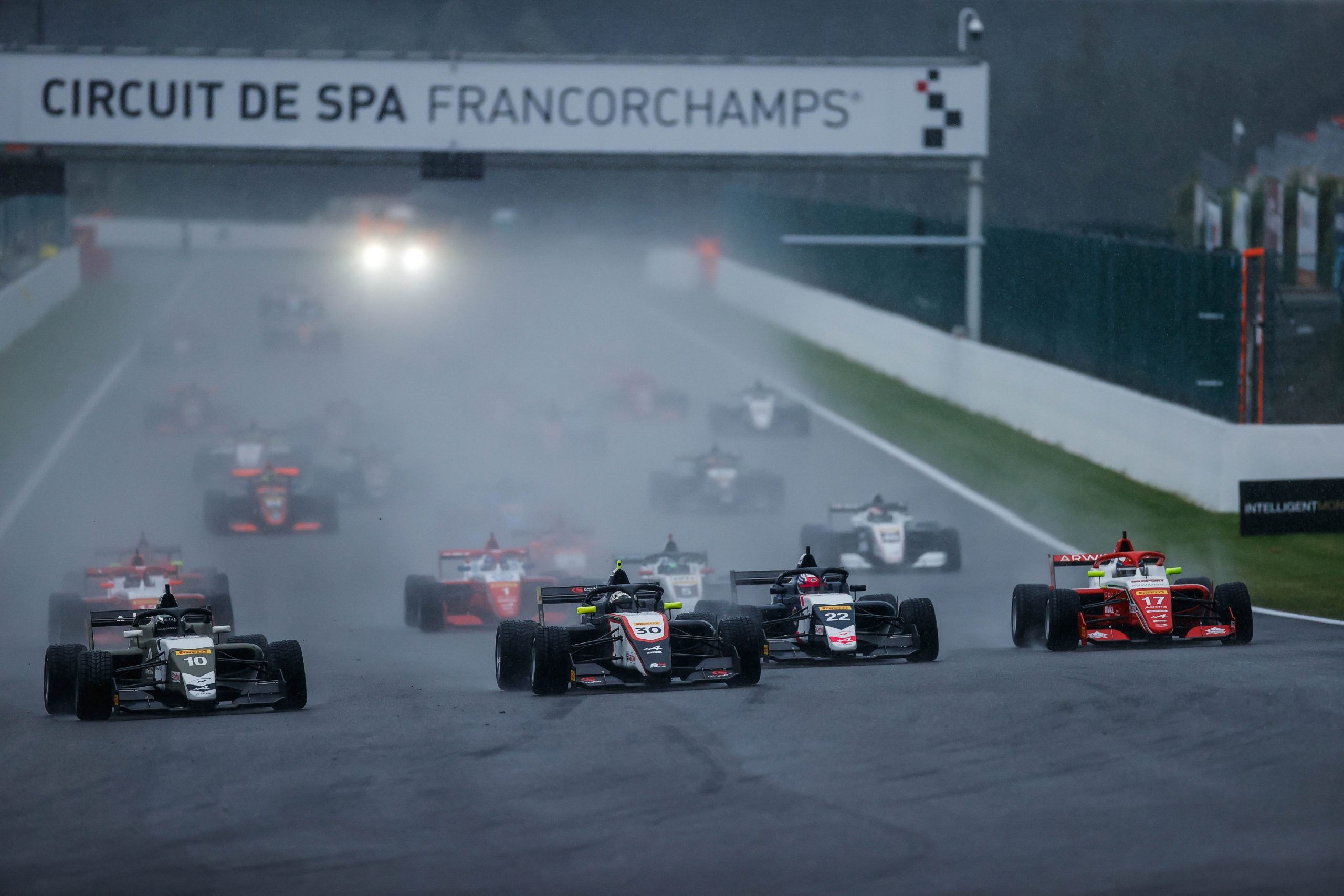 Race 1 starts with slightly wet track conditions and some teams and drivers trying a gamble with slick tyres, but the choice does not help and, finally, the race will be held with pouring rain. In the first row Michael Belov (G4 Racing) is in pole position, and at his side is the Rookie, Red Bull Junior Team driver, Isack Hadjar (R-ace GP). In the second row, Hadrien David (R-ace GP) and Dino Beganovic (Prema Powerteam).

Belov makes a good start while Hadjar stalls and loses many positions, just as Franco Colapinto (MP Motorsport), starting from the seventh position. Behind, Hadrien David is really good and manages to almost overtake the Russian driver with an amazing drive along the straight, putting two wheels on the grass, and actually gaining the position for a moment. Belov is though good in gaining it back taking advantage of the French driver going slightly wide. David is then slightly blocked and Zane Maloney is excellent in conquering P2. 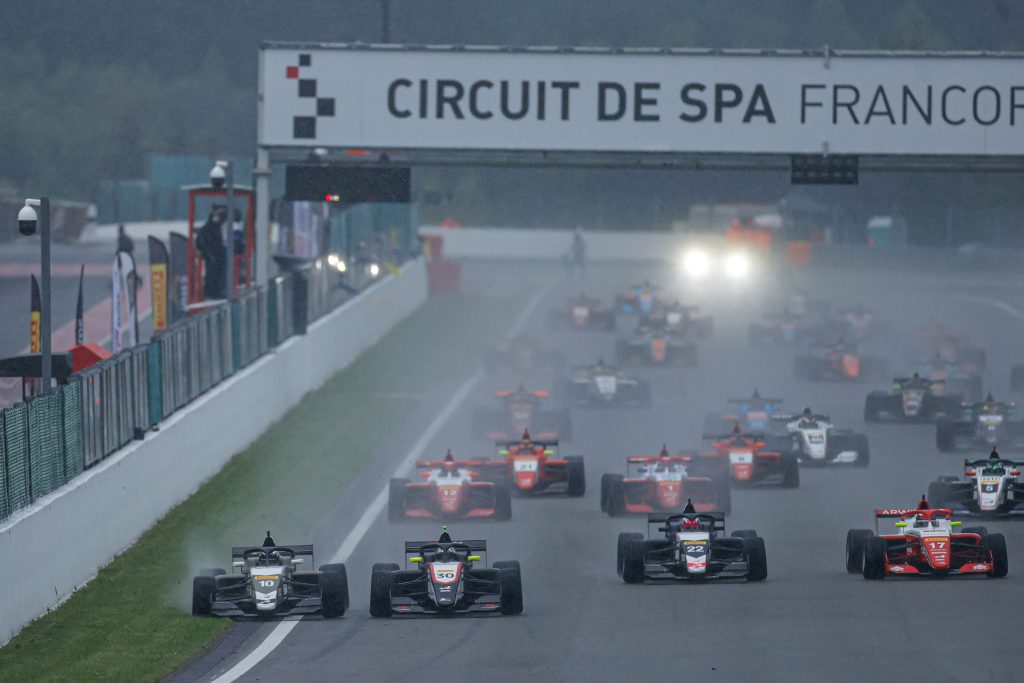 After 5 minutes, Grègoire Saucy has already recovered 14 positions, from 24th to 1oth, while in a few laps Belov is already more than 5 seconds away from the driver of Barbados.

23 minutes to the end of the race, unfortunately, David Vidales (Prema Powerteam) spins and damages the rear wing. His position is dangerous and requires the entry of the safety car. All the group is compacted and Belov needs to do the job all over again. The safety car is on track for quite some time to permit the recovery of the car of the Spanish driver. The race restarts 6’50 to the end of the race, and Belov is perfect behind the safety car, gaining immediately good distance from Maloney and David. The Russian of G4 Racing will also set the best lap time of the race (2:34.930).

Track conditions worsen a lot, and rain is pouring down heavily, with very poor visibility for drivers following others. Saucy tries to attack Hadjar, who himself is very close to Gabriele Minì (ART Grand Prix), but finally these battles do not lead to overtakes, still giving a show of great driving with controls of the cars to the limit. 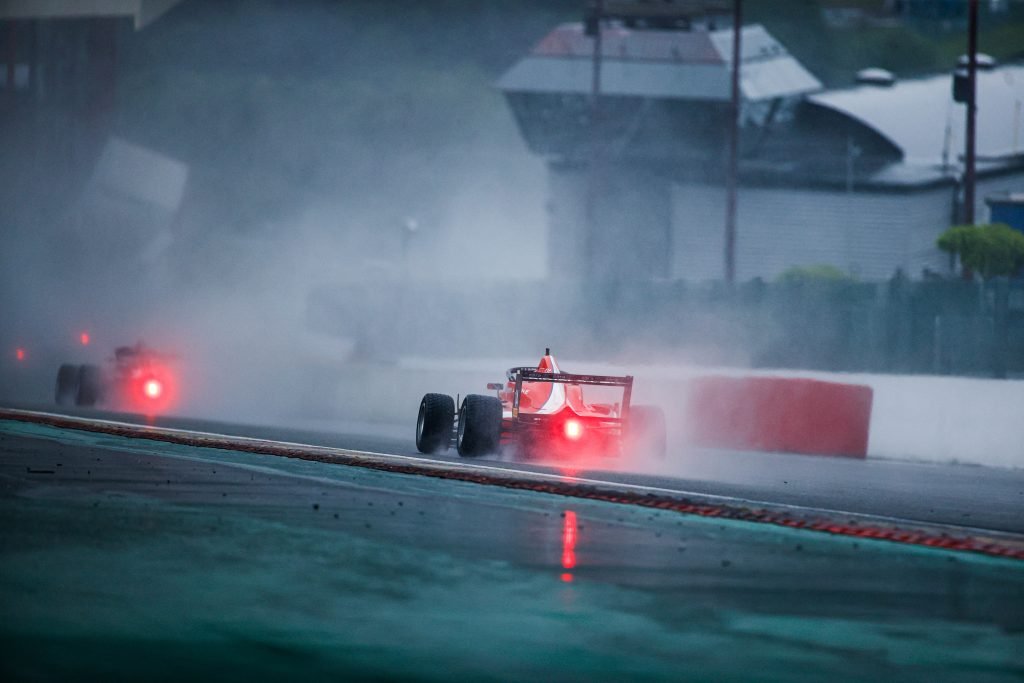 With two laps to go a mistake by Maloney, who raced an amazing race until that moment, permits David to overtake and conquer the second position. 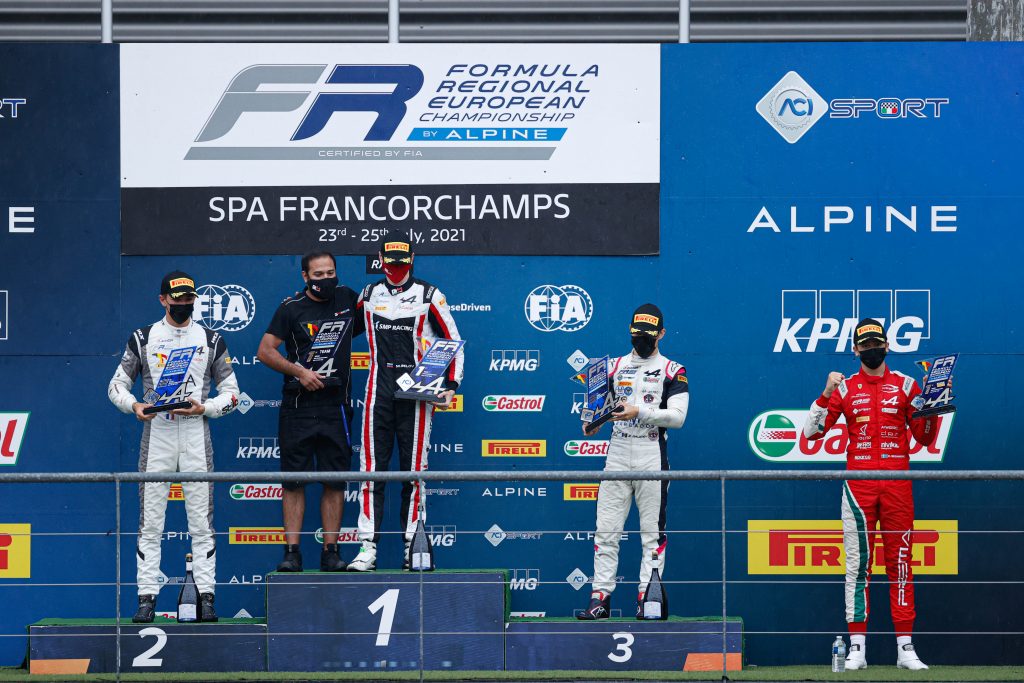 Finally, Belov wins with more than 9 seconds of advantage on David. Third is Maloney, fourth is a fantastic Beganovic, first of the Rookies, fifth a very good Patrick Pasma in his first race with ART Grand Prix, sixth is Minì, who holds to his position with his teeth, seventh is Hadjar and eighth, recovering finally 16 positions from 24th on the grid, is the championship leader Saucy, who manages to limit the loss of points on his first opponent in the championship, David.

The live-streaming of Race 2 starting at 11.35 (CET) today will go on the official Youtube and Facebook channels of the series, which are also reachable from the official website: formularegionaleubyalpine.com