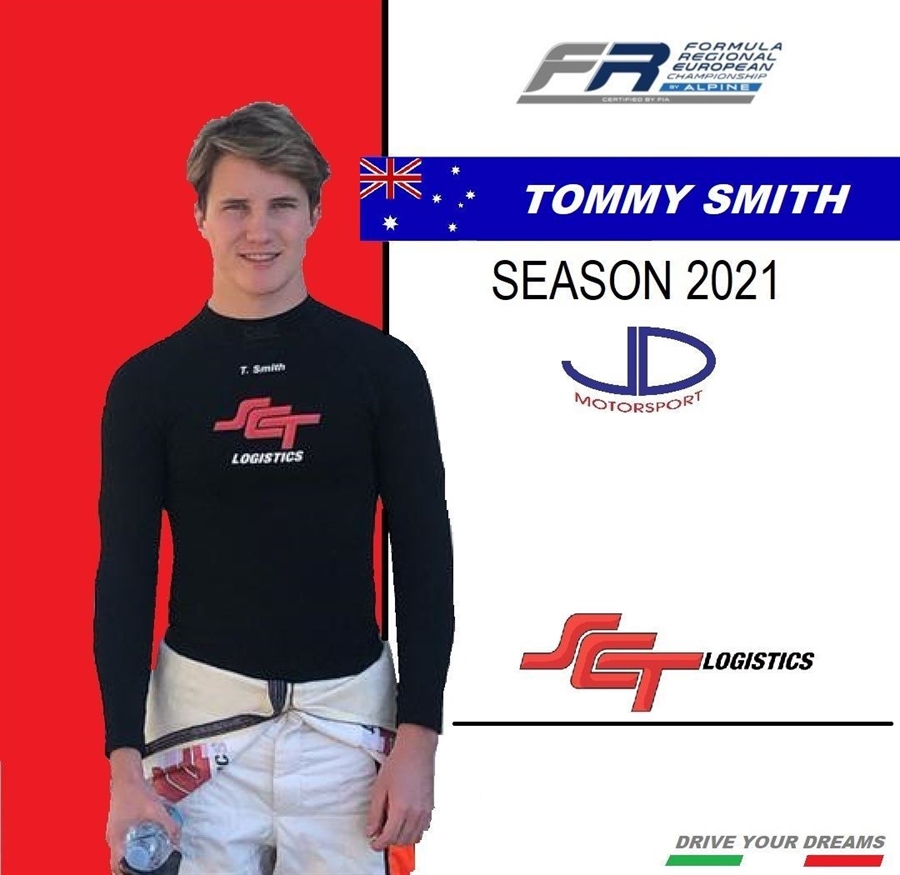 JD Motorsport is proud to announce that Australian driver Tommy Smith will be part of the team’s line-up in the 2021 Formula Regional European Championship by Alpine.

After driving in the collective Eurocup Renault test at Valencia with JD Motorsport in early 2020, but having to miss the season due to school commitments and travel restrictions, he finally chose the Italian squad to make his full-time debut in the revamped European series.

Smith will join preseason testing with the team in preparation for the season which will go underway on April 24th and 25th at the famed Circuit de Spa-Francorchamps venue in Belgium.

Roberto Cavallari (Team Principal)
“I’m delighted to welcome Tommy back to our team. Due to his school commitments and the worldwide health emergency, which were incompatible with racing in Europe, he was forced to cancel his program right after testing. Despite the challenges, he stayed close to us and for 2021 he will finally be able to run in the full Formula Regional by Alpine Championship.”