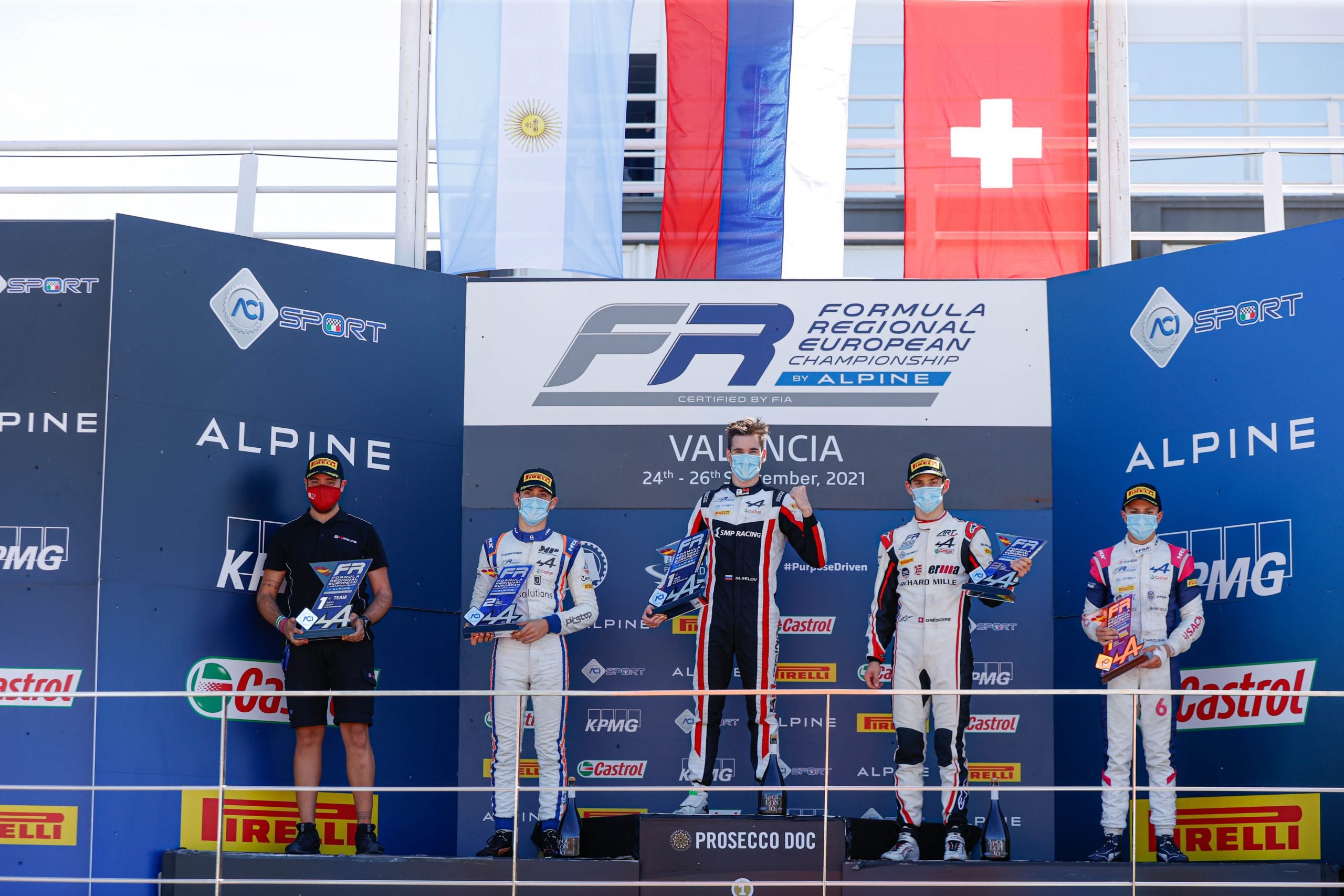 At the start it is Michael Belov (G4 Racing) to start from pole position, in front of the amazingly fast here in Valencia Franco Colapinto (MP Motorsport). Behind the two, in P3, is the championship leader Grègoire Saucy (ART Grand Prix), who after the issue had at the steering wheel on Saturday, is back in the first positions. Great fourth for Isack Hadjar (R-ace GP), Red Bull Ring Junior team driver, who recently had not been performing at his top. In fifth position is his teammate Hadrien David (R-ace GP), second in the championship standings. Sixth and second of the Rookies after Hadjar is Gabriel Bortoleto (FA RAcing), after excellent qualifying. 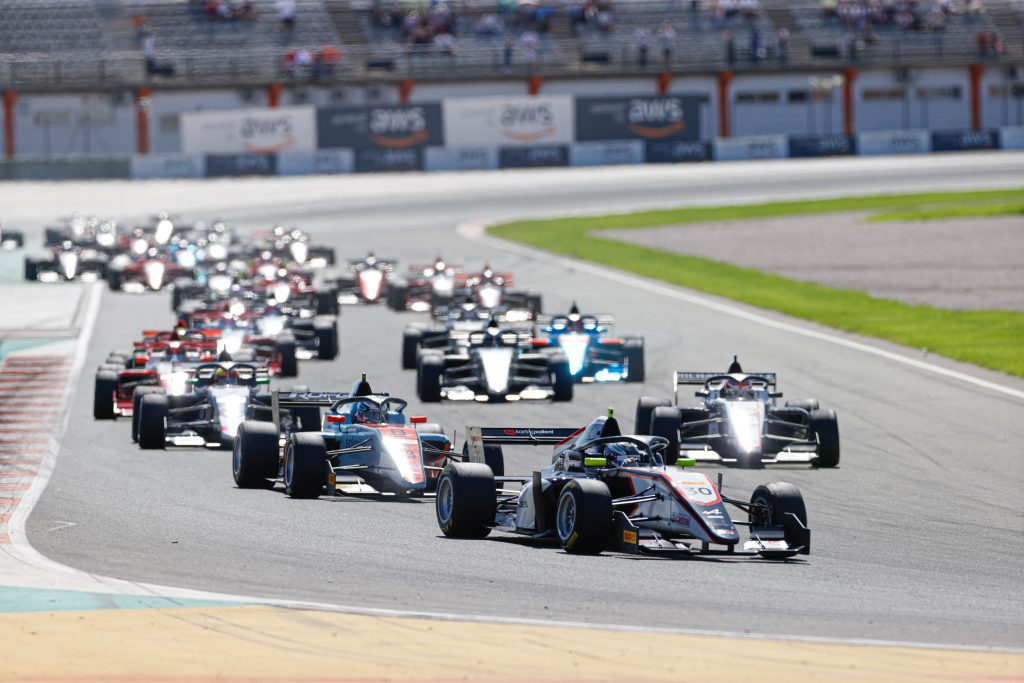 At the start, Belov is faster than Colapinto and is safe from any attack coming from the Argentinian, who instead is partially side by side with Saucy, who though cannot try an overtake.  Fourth is Hadjar, then an excellent David Vidales (Prema Powerteam), who manages to overtake Hadrien David and Bortoleto immediately in the first turns. Eighth is Zane Maloney, the R-ace GP driver from Barbados. Ninth is Mari Boya (Van Amersfoort Racing), excellent third in Race 1. Tenth is Gabriele Minì (ART Grand Prix), not at his top at Red Bull Ring and here in Valencia.

In a track where it is difficult to overtake, an amazing move by Maloney permits him in a few turns to gain the seventh position from Bortoleto, who goes wide and off track and is finally also overtaken by Boya.

At 23:30 to the end of the race Dino Beganovic (Prema Powerteam) is stopped by technical problems, after setting the best lap time of the race.

The distance between Belov and Colapinto in the first laps is below 1 second, and at 19:00 to the end of the race the Argentinian also tries to attack the Russian, but from too far and with no success. After mid-race, Belov manages to find more speed and increase his advantage to over one second. 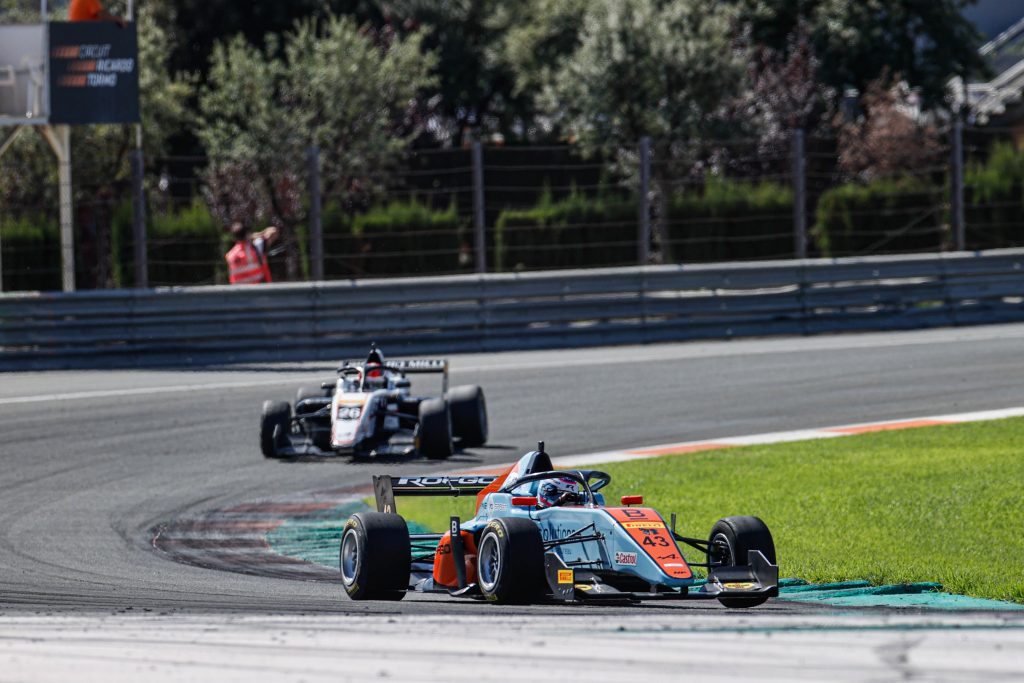 In the meantime, Vidales is extremely close to Hadjar and tries more times to overtake him. 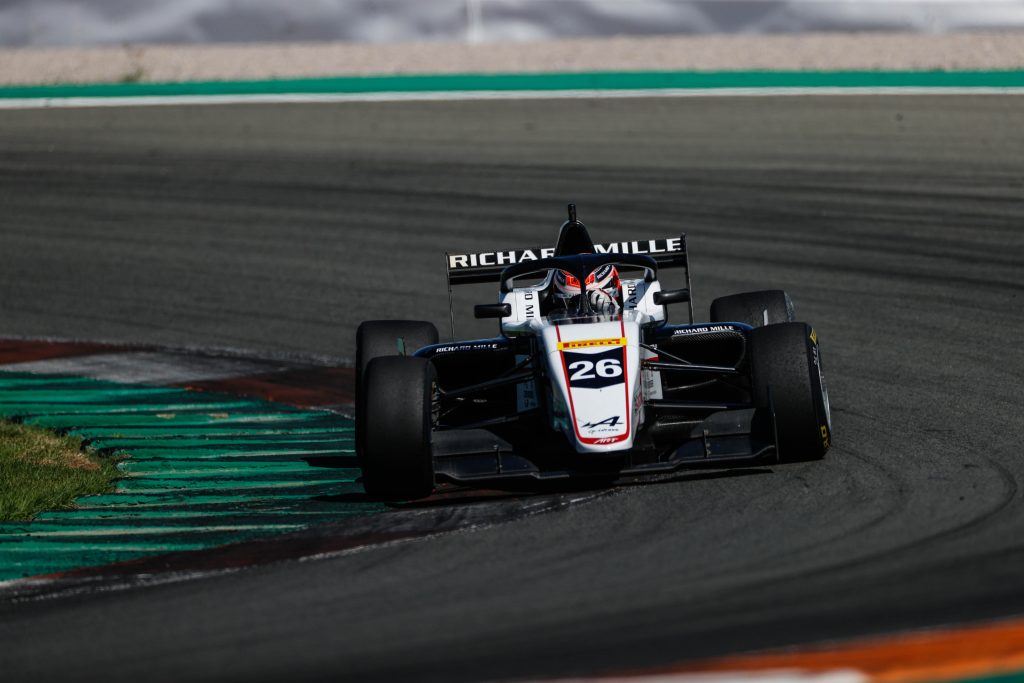 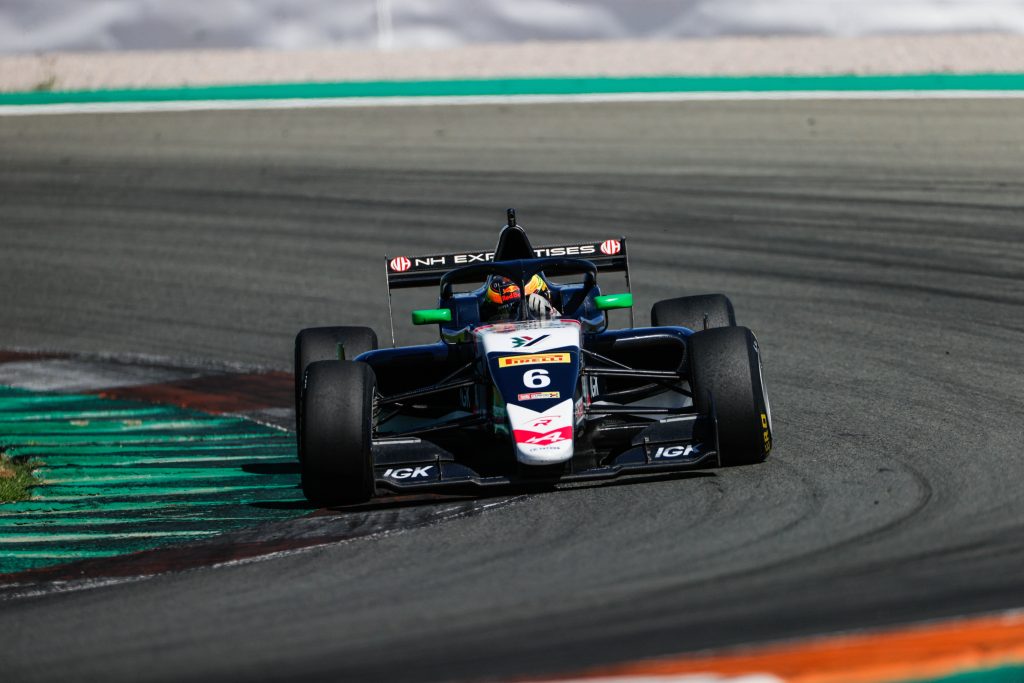 After the Valencia weekend Saucy increases his advantage on David (239 points vs 161) and with 100 points available with the remaining two rounds in Mugello and Monza, the Swiss only needs 22 to conquer the title. Also Zane Maloney is still mathematically in the battle for the championship with 151 points.

The next round (9) of the Formula Regional European Championship by Alpine, certified by FIA, and co-organized by ACI Sport and Alpine, will take place in Mugello on the weekend of the 9-10 October.