Monaco, Race 1: Hadjar, what a pace on Maloney and Aron! 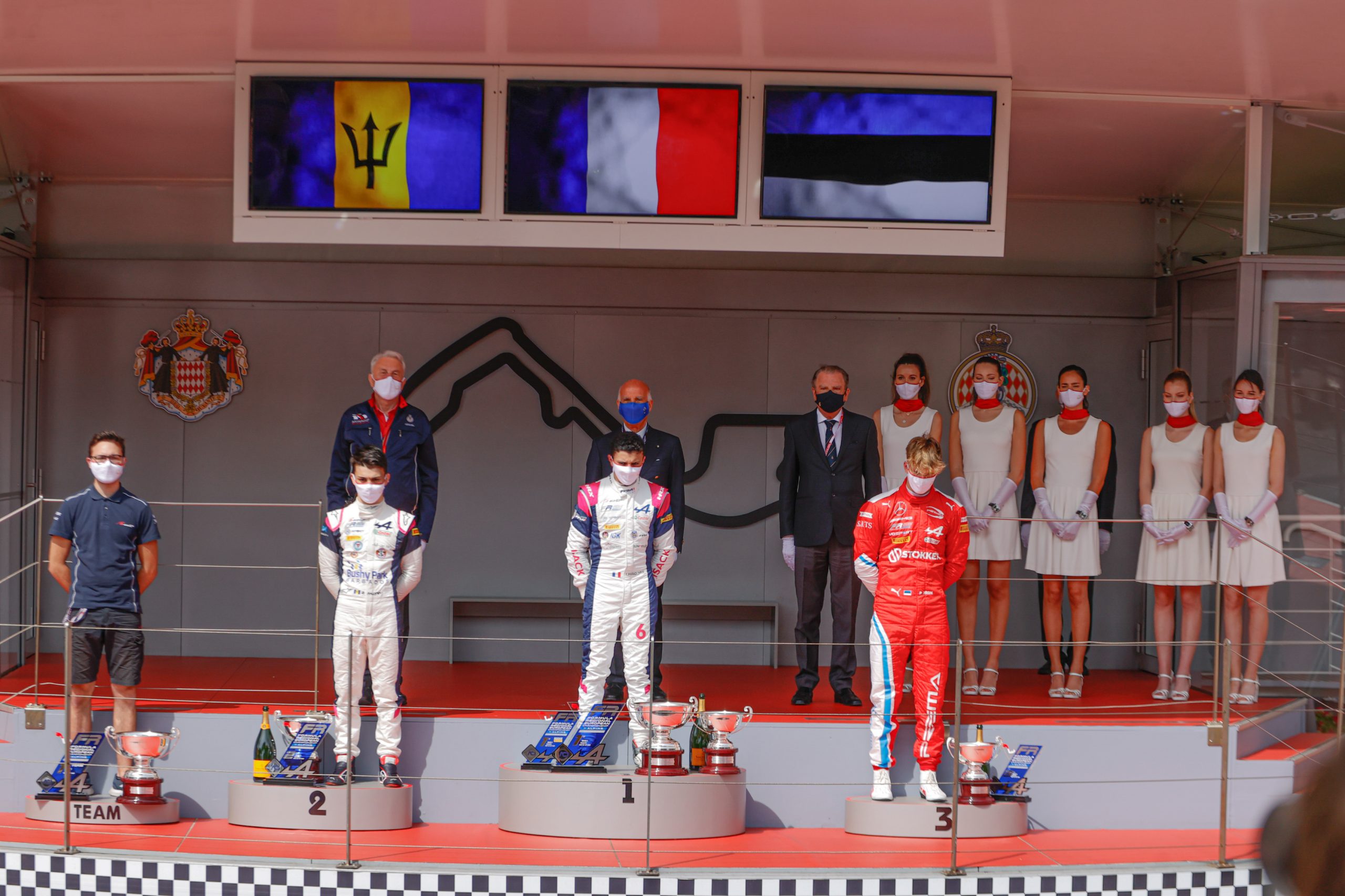 The French Isack Hadjar crowns the dream by winning Race 1 on the Circuit de Monaco, with the eyes of F1 watching. Win, fastest lap, and unbeatable pace by the 16-year-old driver of R-ace GP, the team that here in Monaco seems to have found the perfect setup of the Formula Alpine cars.

Behind Hadjar, his teammate and poleman for tomorrow, Zane Maloney, who has perfectly kept the second position all the race, also after the safety car, but did not have the pace of the French driver.

Third under the checkered flag is Paul Aron (Prema Powerteam), battling the entire race to protect the podium position from the attacks of another R-ace GP driver, Hadrien David, who definitely had more pace than the Estonian and was finally fourth. Fifth is a good Patrick Pasma (KIC Motorsport) and sixth an always fast Alex Quinn (Arden Motorsport).

Hadjar: “I am of course extremely satisfied. This morning seeing from my room the wet conditions I was not worried, but knew I was perfectly set for dry conditions. In fact, I had a really good pace and would have gained a very big gap from Zane if there had been no safety car. Still, even at the restart I was confident and kept quite easily my position. Tomorrow from P2 I will try to gain P1, and if not I will still battle for the second win. The team, my engineer and the mechanics have been great, and after a not-so-easy weekend in Barcelona they made a huge job and here the car is perfect.”

Maloney: “I tried to gain the first position, but after I lost some distance from Isack I understood there was not much I could do more and then decided to keep second and make the most of the experience of Race 1 to be at my best tomorrow from pole position.”

Aron: “Definitely here in Monaco R-ace GP drivers have a better pace as their team has already raced here and surely has some more knowledge to be at the top. It was not easy with David trying to attack all race long, and so I decided to focus more on the exit of the corner more than the pace in general. We were good in qualifying and it was a pity that due to too much traffic I could not do better for the grid.”

David: “It was really impossible to overtake. My pace was really good, but really I had very few chances and points where to pass Paul, and on those few occasions I decided it did not really make sense to risk so much. If it had been the final race of the season and battle for the title it would have made sense, but not now in Race 1. Tomorrow I start from P3, so one step up, and let’s see what I can do.”