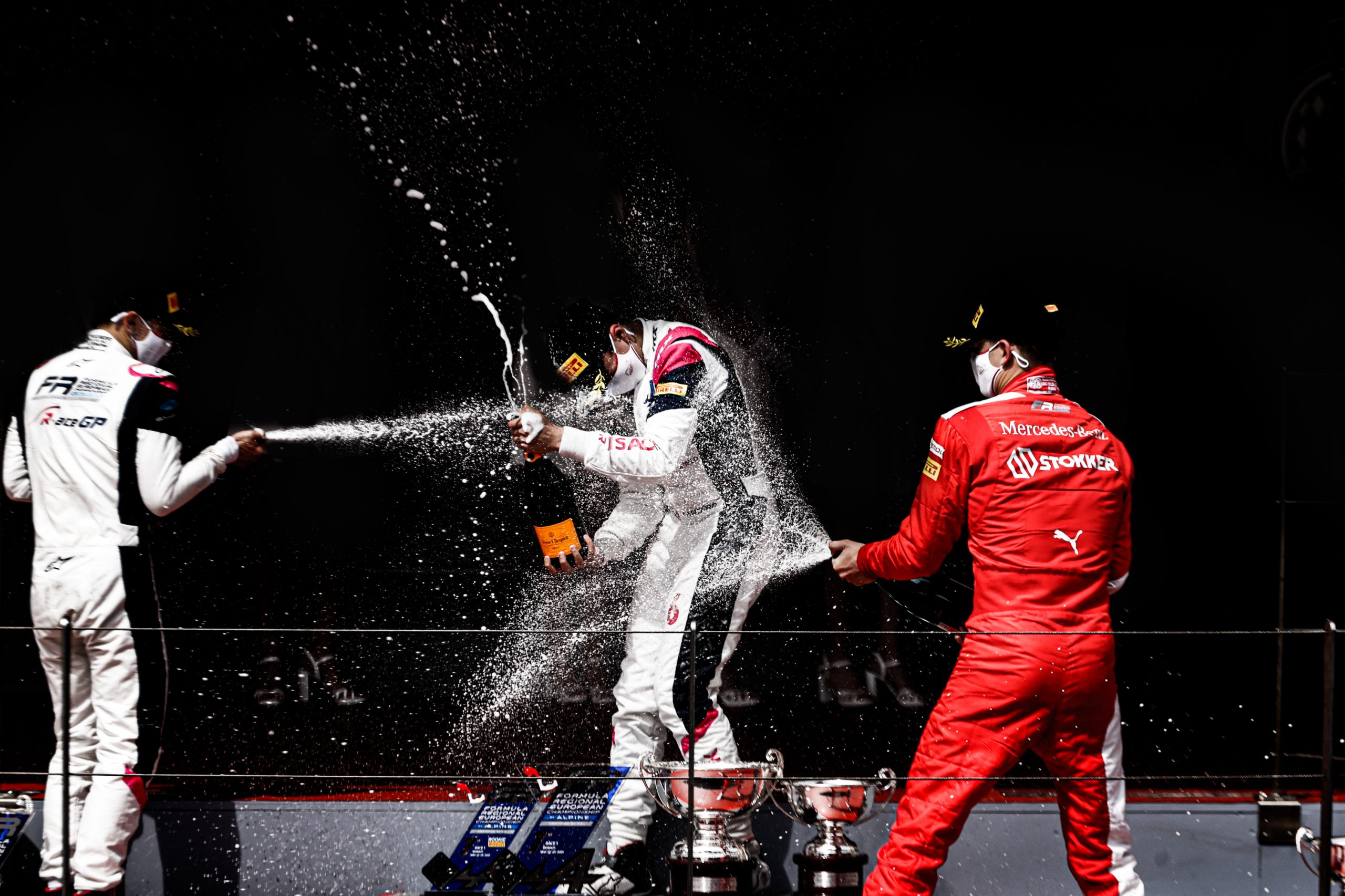 On a drying track, where the previous race of the morning has been F2, the Formula Regional European Championship by Alpine drivers reach the pit lane waiting for the final indication by the Race Direction, which finally confirms wet race. The track is anyway drying quickly thanks to the sun coming out and quite a strong wind blowing.

On the grid Eduardo Barrichello (JD Motorsport) unfortunately has some problems that will lead to a stop to his race in the first lap. In the formation lap a bad mistake is made by Lorenzo Fluxa (Van Amersfoort Racing) hitting the barriers and ending his race before the start.

At the start, Hadjar has a good acceleration and keeps his position in front of Maloney, Aron, David, Pasma and Quinn. The track is practically completely dry both in the trajectory and out. The French driver is soon away from his opponents, gaining space lap after lap on Maloney. The battle is behind them, with David having a better pace than Aron, and getting extremely close, but finally not being able to overtake the Estonian. 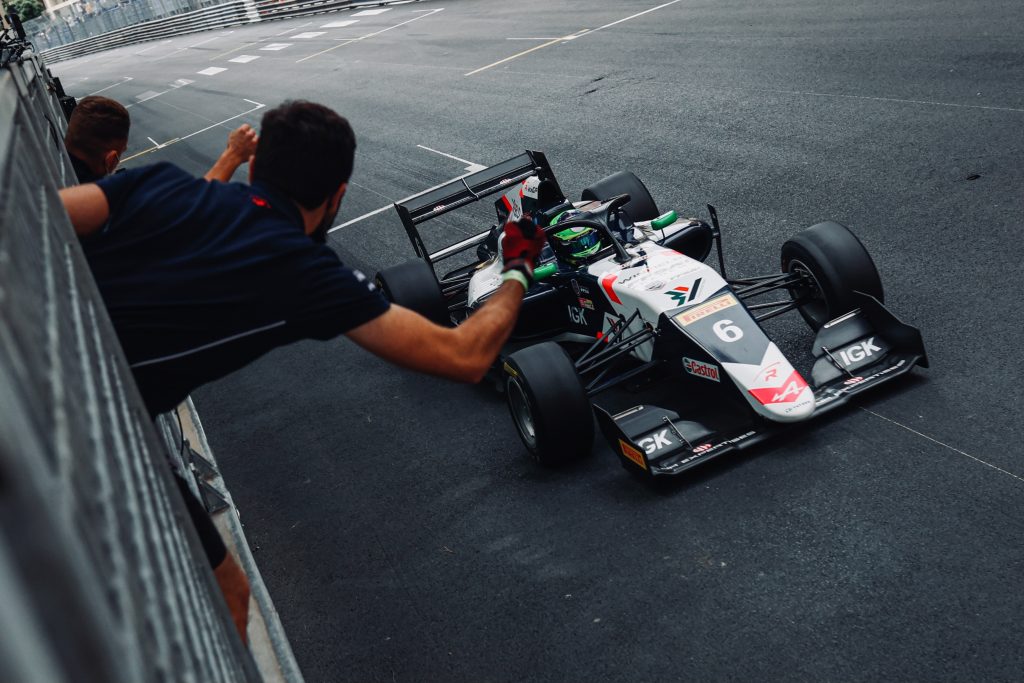 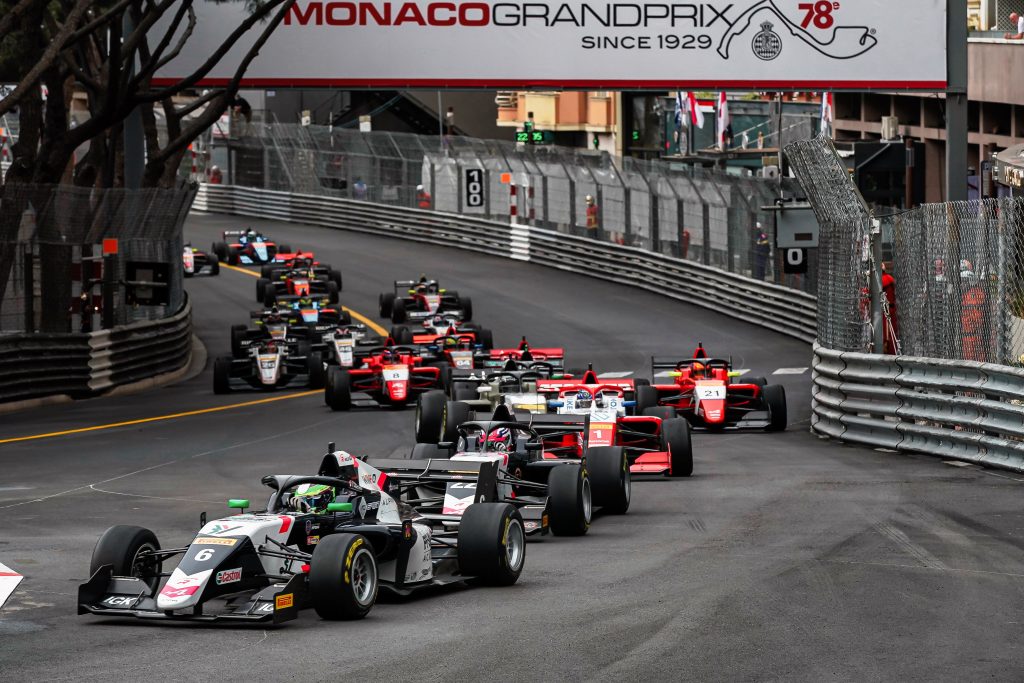 Difficult overtaking keeps the positions quite blocked, when Jasin Ferati (Monolite Racing) hits the wall with the rear right wheel, breaking the suspension and retiring. The battle between Brad Benavides (DR Formula) and Nicola Marinangeli (Arden) ends with the first hitting the car of the Italian on the rear left wheel in a weak tentative to overtake, making him spin and hit the side barriers with the rear wing, which brakes, giving an end to the race of the Arden driver. Benavides instead will be able to continue his race, but with a broken front wing, that he will have to change going back to the box, and also he will be finally penalized with 3 positions on the grid of Race 2, due to his responsability in the accident with Marinangeli.

The accident requires the Alpine A110 Safety Car to enter on track and so the group comes back together. Hadjar has to do it all over again, but is strong and confident in his action and at the restart keeps the lead, with the following positions not changing. 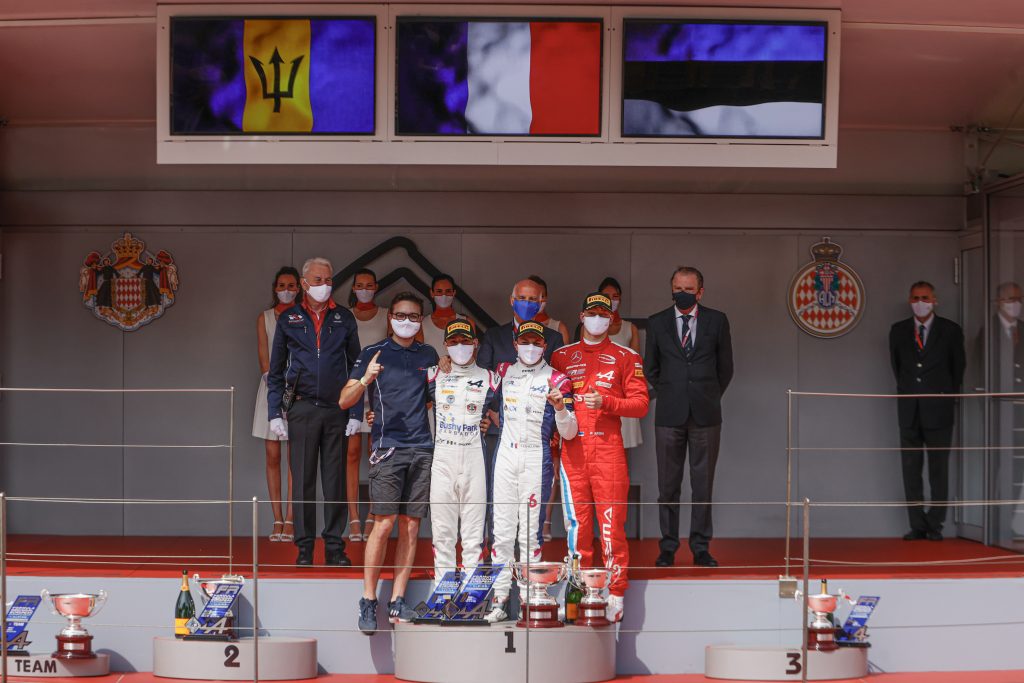 In the teams standings, ART Grand Prix is still first with 122 points, in front of a fast recovering R-ace GP (116) and Prema Powerteam (110).

Tomorrow Race 2 will start at 11.50, with live streaming starting earlier with studio presentation at 11.43 (CET), with Chris Mccarthy.