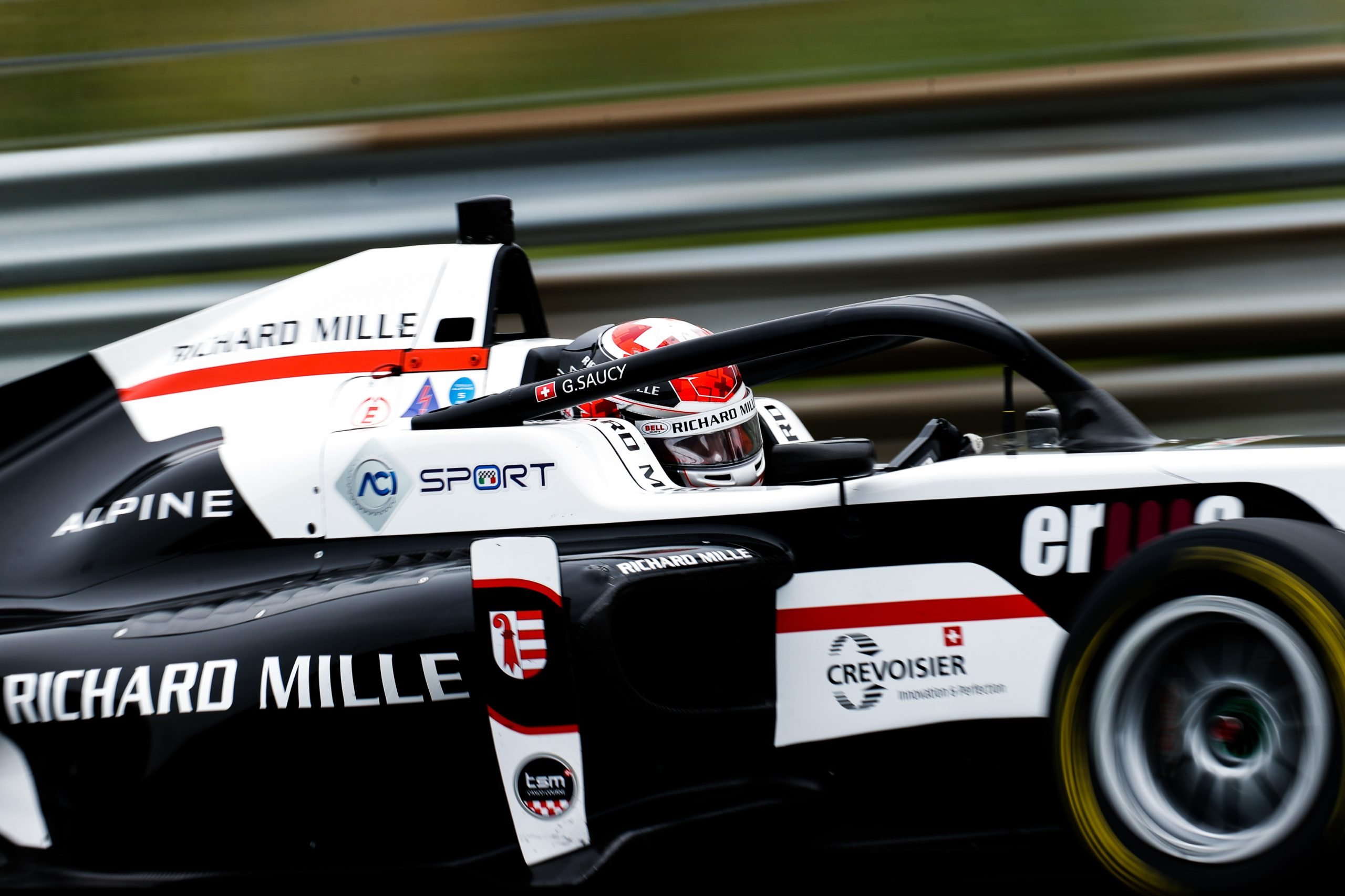 On a  warm and dry Red Bull Ring circuit, ART Grand Prix team with the championship leader Grègoire Saucy and the Rookie leader and fourth in the championship, Gabriele Minì, seems to be extremely in good shape after the first two daily sessions of collective tests. The Swiss driver, in fact, sets the best lap time of the day in the second session, definitely the fastest of the two, with 1:26.326, while the Italian is only 0.081 seconds behind.

A little further back, but still showing how balanced the Formula Regional European Championship by Alpine is, the Argentinian Franco Colapinto (MP Motorsport – 1:26.518), definitely improving his performance since the start of the season and already very fast in the first session, with the best lap time.

Fourth of the day is the strong Russian Michael Belov (G4 Racing – 1:26.566), who has recently given the first win of the season to his team on the circuit of Spa-Francorchamps.  Fifth overall is an excellent Gabriel Bortoleto (FA Racing-1:26.663), the Brazilian driver being also second overall today in the Rookies rankings behind Minì. Alex Quinn (Arden Motorsport), is back in the first positions (sixth with 1:26.701) after a good start of the season and then some more difficulties in the last two meetings.

Only 0.068 behind the British driver is the driver from Barbados, Zane Maloney, the first of the R-ace GP drivers, the team at the moment not quite performing as well as usual, with Isack Hadjar “only” ninth (1:26.792). Between the two is the first of the Prema Powerteam drivers, Dino Beganovic (third among the Rookies), with 1:26.781. Tenth is the Spanish driver of Van Amersfoort Racing, Mari Boya, with 1:26.807.

The two new entries of the Championship here in Spielberg, Gianluca Petecof and José Garfias, are still finding the best feeling with the car. The Brazilian (Prema Powerteam) has been author of an off-track in the first session, while the Mexican, racing with Monolite, has had the first contact with the car.

Again, what is impressive, is the fact that between the first and the 21st driver today, the lap time difference is below one second.

For live timing of the two sessions go to www.formularegionaleubyalpine.com.